MAJOR US supplier of electrical equipment, KH Controls, has concluded testing of their AS ISS1 power supplies at a central Queensland longwall mine.

The testing at the Oaky Creek No 1 mine was carried out underground over six weeks.

Initially a 13.4V, 2.30A unit replaced the existing power supply running a power group of four supports. This proved successful and the power group size was increased to six supports and finally eight supports in one power group.

The agency for KH Controls in Australia is held by NSW-based Longwall Advantage and according to manager, Lindsay Auston, the mine is sufficiently confident to test for a power group of 12 supports.

“The limitation of the power supply was not met and conceivably power groups of 10 or 20 supports are not out of the question. This significantly reduces the number of cables and enclosures on the face,” Auston said.

The power supply’s technical specifications are 40 watts, intrinsically safe, 3.1 amps at 12.9 volts DC. Input voltage is 110V AC, which the company said is resistant to AC line voltage dips such as face conveyor start-up. The output current of up to 3.2 amps allows larger group sizes with less power supplies. The low electrical noise makes the AS ISS1 compatible with longwall control systems and causes no interference with other equipment.

In related company news, Auston said the KH Controls lighting design for longwalls has been reviewed for introduction into Australia and KH Controls are confident that their design will be accepted unchanged, when tested in Australia. A draft application for Australian approval is being prepared at present and once all approvals have been obtained, the product will be released around February 2002.

The KH Control lighting system is widely used in US longwall mines for roof support lighting and around longwall areas. Auston said the lights were so powerful US operators were able to use one every second roof support (competitors use one per support).

“The KH lights produce twice the amount of ‘lumens’ as that of competitors in the US,” Auston said.

Coburn plant will run on natural gas and solar and battery storage technology. 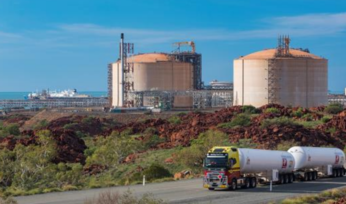 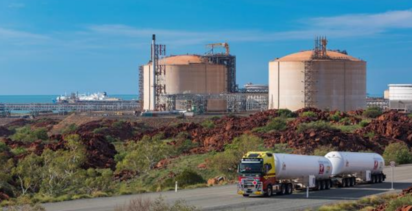