Mine cited for underground fatality

WEST Virginia state regulators have cited Arch Coal subsidiary ICG Beckley for the July 2012 death of a miner at the Pocahontas underground coal mine.

The report filed yesterday by the WV Office of Miners’ Health, Safety and Training found that visual obstructions caused by machinery in a roadway were the cause of the fatality.

Pocahontas miner Gregory Byers, 43, was caught between the operator’s compartment of a scoop and the coal rib on July 31 and died the same day from his injuries.

Inspectors concluded that the positioning scoop charging station, relative to a scoop bucket protruding six to seven feet into the roadway, caused a reduction in visibility.

It was also noted that a scoop involved in the accident was loaded with three extraneous bags of rock dust that also limited visibility and prevented the operator from seeing the protruding bucket that pinned Byers to the wall.

Regular violations noted that mine ribs and roofs were not being supported or controlled, as well as a lack of compliance with methane and dust control approval base plans. 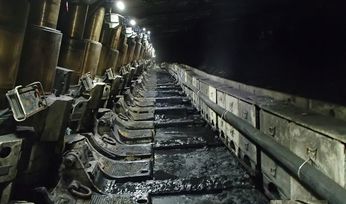 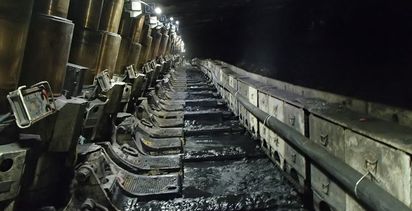