Arctos steady as she goes

THE government of British Columbia will not restrict coal activity in the province’s northwestern Klappan area, where Fortune Minerals is developing an anthracite project.

After negotiations with Shell Canada and the central council of the indigenous Tahltan people, the government announced yesterday it would restrict petroleum and natural gas development in the area.

Fortune applauded the decision, noting that although its Arctos anthracite tenement was in the Klappan area, the company had made extensive efforts to consult with local communities and Aboriginal groups.

Fortune’s negotiations with Aboriginal groups even led to the renaming of the former Mount Klappan project to Arctos earlier this year.

“Use of the name Klappan can give the incorrect impression that the project will affect this entire area,” the company said in August when explaining the renaming.

“In addition, a better appreciation of the significant spiritual and cultural importance of this area to the Tahltan and Iskut people contributed to the removal of the word Klappan from the project and joint venture names.”

Arctos is 330km northeast of the Pacific coast Port of Prince Rupert, where the government recently put the Ridley Terminals bulk-handling facility up for sale.

Still in the environmental assessment process, Arctos has a run-of-mine reserve of 125 million tonnes.

Fortune says the project may have a mine life of 25 years and be one of Canada’s most cost-effective metallurgical coal producers.

Steady as she goes for NRW

NRW's revenue for the year was $754.3 million, which was double last year's amount. 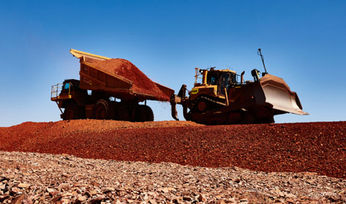 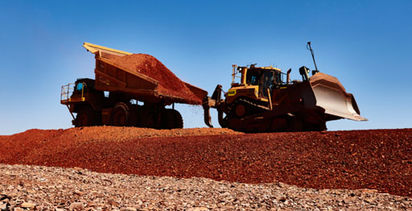 Steady as she goes at Silvergrass

Prices up and production steady