OFFICIALS from the West Virginia Office of Surface Mining and Reclamation have issued a report outlining changes needed by environmental regulators to ensure greater safety at coal slurry ponds in the state.

According to the Associated Press, the directive to the state Department of Environmental Protection includes better documentation, such as better mapping of nearby minable coal seams.

A significant issue is the failure of ponds from the bottom, which can subsequently flood underground operations.

The DEP agreed to the OSM’s recommendations, including taking special precautions with new mining near capped impoundments which still have the potential for breakthrough without stability testing of the capped material.

The report is the OSM’s third on the state’s impoundments; federal reviews commenced after a Kentucky dam failure in 2000.

The West Virginia Coal Association spoke out against the OSM for the report.

“The agency never requested any information from the industry that may have satisfied their concerns, nor did they contact the industry to make them aware of the pending release,” the group said.

“Sensationalism has never advanced meaningful dialogue and progress with respect to developing a path forward.”

The OSM is reportedly planning similar studies in six other US states including Kentucky, Maryland, Ohio, Pennsylvania, Tennessee, and Virginia. 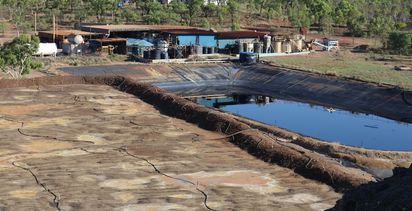 DPLH and DWER drop the ball