AS SEVERAL members and supporters of the United Mine Workers of America left a Tuesday morning rally outside of St Louis, Missouri, in handcuffs, officials are calling the union’s efforts and fight for retiree benefits at Arch headquarters “misdirected”.

Arch spokeswoman Kim Link told ILN the demonstration outside its main office in suburban Creve Coeur lasted about 90 minutes, and local media reported the presence of a SWAT team and about 100 law enforcement personnel with an unknown number of protestors taken into custody.

The UMWA, which first confirmed its plans late last week, arrived Tuesday morning with about 20 buses of individuals for the 9.30am rally.

The union feels Arch is trying to avoid its obligations to retired workers, by spinning off Magnum Coal in 2006 in the same way Peabody spun off Patriot Coal the following year. With those spin-offs went the liabilities the Arch and Peabody had in those operations.

Patriot went on to acquire Magnum in 2008, and is in Chapter 11 bankruptcy reorganization with planned benefits cuts for its workers still being outlined.

Link, who said the crowd numbered about 1500, told ILN Arch empathized with the many Americans who had been impacted by challenging coal markets as well as those with worries over health care.

“However, the union’s protest against Arch Coal is misdirected,” she said, that it sold its former subsidiaries more than seven years ago to well-financed Boston-based firm ArcLight Capital Partners.

“ArcLight has grown significantly since that time and continues to prosper today,” she said.

“Arch Coal had no involvement whatsoever with ArcLight’s sale of those and other assets to Patriot Coal Corporation two and a half years later.”

Patriot’s Chapter 11 case is still active in neighboring St Louis in US Bankruptcy Court however, as Link said, Arch had no involvement in that case or Patriot’s situation.

“Today’s rally is an attempt to misinform the public about the history of those transactions and to influence negotiations that have nothing to do with Arch,” she said.

“We believe the right place for the union to express concerns is in the bankruptcy court, not on the streets of Creve Coeur.” 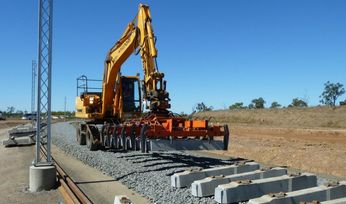 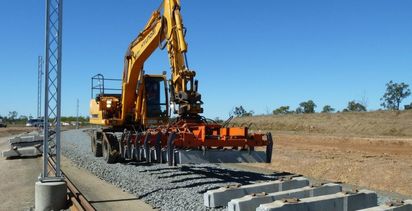 Baring all against Adani

Sea Shepherd should thank coal for its ship