THE US Attorney’s Office for the Southern District of West Virginia has filed charges against a Mingo County employee leasing firm over its role in a complex scheme to bilk millions in insurance premiums and cash from BrickStreet Mutual Insurance and the Bank of Mingo.

The office confirmed in an information filing that Williamson-based Aracoma Contracting is accused of structuring cash withdrawals from the company’s bank accounts at the Bank of Mingo.

“Acting on behalf of Aracoma, Russell and Workman formed a longstanding relationship with the Bank of Mingo, and, particularly, one of its employees at the bank’s Williamson branch,” the agency said.

That relationship, between January 2009 and April 2012, resulted in the structuring of at least $2.2 million, according to the information filing.

Russell and Workman were not the only two collecting the money. The pair enlisted the help of numerous individuals who agreed to go to the bank’s Williamson branch to cash cashier’s checks, subsequently returning it to Aracoma’s office to pay out cash payroll.

“During the scheme, Aracoma sent advance forms to the Williamson branch of Bank of Mingo prior to the structured cash withdrawals, so the bank could prepare the cash ahead of time,” the agency said of the scheme.

“Bank of Mingo would then prepare cashier’s checks in the names of the identified individual or individuals and pre-count the requested cash.

When an individual or individuals from Aracoma appeared at a Bank of Mingo teller window, a bank representative presented them with the cashier’s check in the individual’s name.

The check was immediately endorsed and the individual was given the pre-counted cash.

A further investigation found the cash from the bank had been used for cash payroll, which avoided the need to pay employment taxes, and also to make bribe payments to former BrickStreet auditor Sargent.

“In exchange for saving those policyholders millions of dollars in insurance premiums rightfully owed to BrickStreet, Sargent accepted hundreds of thousands of dollars in cash bribes and other things of value, including a Yamaha Rhino all-terrain vehicle.”

Russell and Workman each face as much as 25 years in prison and a $500,000 fine. Sentencing for both has been scheduled for August 22.

Sargent, who is set to be sentenced August 28, faces the same prison time and fine.

This probe was also handled in coordination with the United States Attorney’s Office for the Western District of Virginia and the local Abingdon, Virginia Resident Agency office of the IRS.

Assistant United States attorney Thomas Ryan is in charge of the prosecutions.

Long lead times have also blown out along with equipment and construction costs. 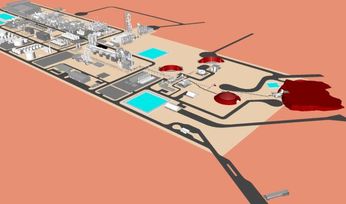 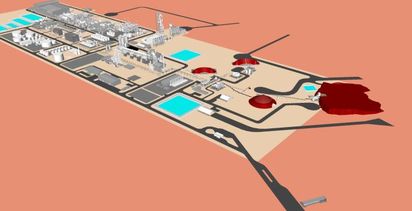