CONSTRUCTION and offsite assembly of the BC1/BC2 crushing and screening circuit of the Kangala washing plant in South Africa is complete and ready for disassembly and shipment to site, keeping the development of Universal Coal’s flagship project on track for first production in February 2014. 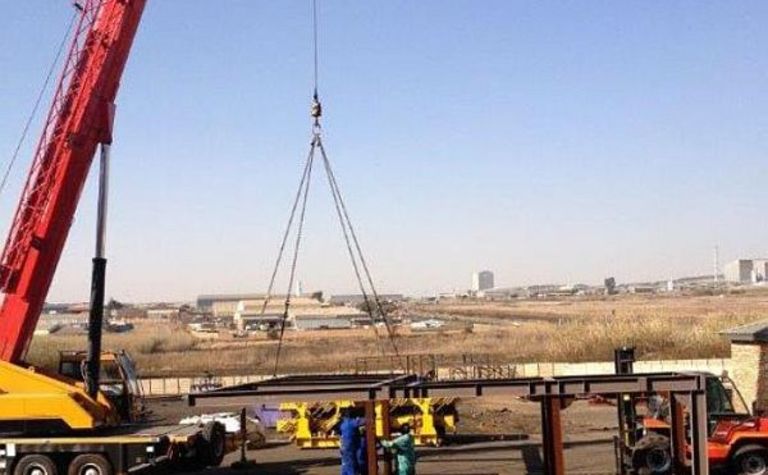 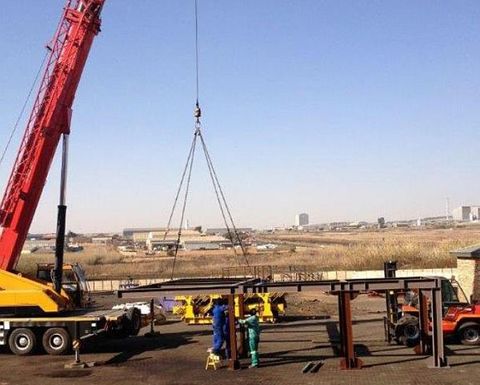 Universal said the two sections of the processing facility plant – the dense media separation washing plant and the BC1/BC2 crushing and screening circuit – were both progressing well.

With the offsite assembly of the BC1/BC2 circuit complete, it will soon be disassembled prior to shipment to site when the civil works are ready to receive the structure.

Offsite construction of the DMS plant is progressing ahead of schedule.

Onsite, construction of infrastructure is well underway with the foundation footings having been excavated and the blinding concrete having been poured for the majority of the plant foundations.

Approximately 40% of the pre-cast concrete blocks for the run of mine tip retaining wing wall have been delivered onsite, with further deliveries taking place daily.

Universal said construction of the wing wall would begin within two weeks.

The box cut, which commenced in the first week of July 2013, remains on schedule with the first overburden blast expected to take place within the next two weeks.

The first ROM coal scheduled for October 2013 will be utilized for the base of the stockpiles to prevent contamination at a later stage with remaining box cut coal being used to commission the crushing and screening plant in December 2013.

The Kangala mine will be the company’s first coal mine, producing 2.1 million tons per annum of saleable thermal coal, with 2Mtpa allocated for South African utility Eskom and 100,000tpa of a higher quality thermal product allocated for export with South African coal miner Exxaro.