IMPOUNDMENTS are a vital feature of an operation, working with relatively little worry. Following a November 30 accident that left two injured and another presumed dead, the inherent issues of these structures are center stage.

Engineering consultant Jack Spadaro told the Associated Press that accidents such as the one at Consol Energy’s Robison Run operation in Harrison County, West Virginia, which was undergoing an expansion project, should not occur.

He pointed the finger at regulators, who, he said, permitted the construction and expansion of slurry ponds over loose and wet coal waste. He noted that federal and state officials often disregarded the stringent standards in place for the structures.

Another expert, Office of Surface Mining Reclamation and Enforcement official Dennis Boyle, told West Virginia newspaper the Herald-Dispatch that the expansion project the producer was taking on at the pond might have been going too far too quickly.

Company and mining officials have not speculated on the potential cause of the failure that sent two pickups and a bulldozer into the large, murky slurry pond. However, some have told media outlets the refuse at the site was being pushed toward the upstream end of pond to increase its elevation and enlarge its foundation.

Boyle noted in his Herald-Dispatch interview that moving too far too quickly would saturate material, the equivalent of sending it into a swimming pool.

State Department of Environmental Protection dam safety engineer Jim Pierce told the paper the range of stability in the process of growing an impoundment was slim, and from his perspective either the embankment’s stability or the pond foundation’s stability could have been lost in this case.

“In my 30 years of experience I haven't seen anything like that – the size of the failure, the mass of material that moved all at once," Pierce told the Herald, adding that no problems or violations at the Robinson Run site had been found from compaction and pressure tests.

DEP spokeswoman Kathy Cosco added in an interview that the pond had “satisfactory” compliance overall and no problems were reported in an evaluation completed just weeks before the event.

West Virginia has 114 impoundments, both larger and smaller than the one at the Harrison County longwall mine. In all, the US has 596 impoundments in 21 states, according to federal data.

Tritton in frame for truck fire

Tritton has been listed to appear in the NSW District Court on August 3. 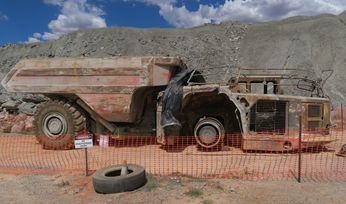 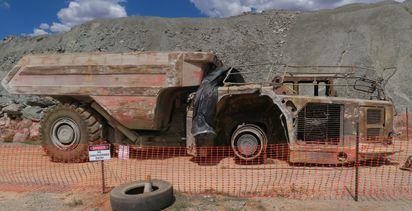 Award for employee's determination to keep working after conveyor incident