ANOTHER United Mine Workers of America rally and demonstration against troubled producer Patriot Coal, Arch Coal and Peabody Energy ended Monday with 12 of its members and supporters taken into custody. 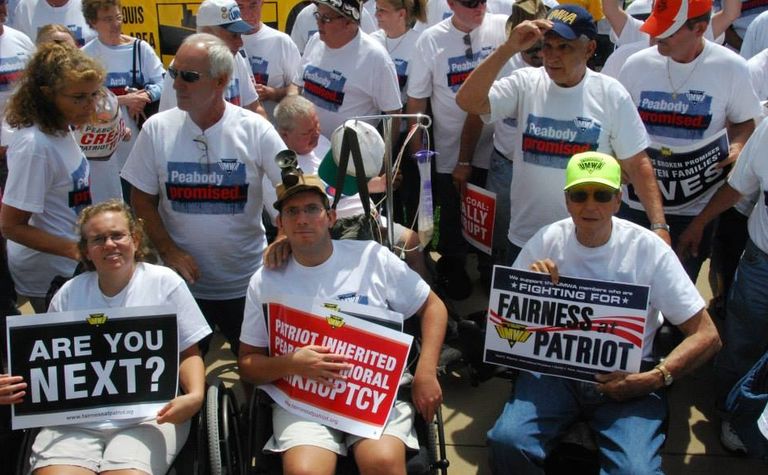 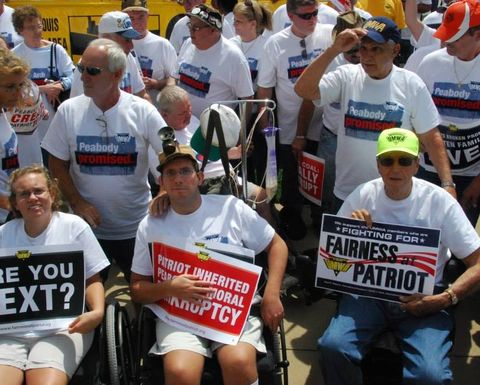 Union president Cecil Roberts said the group was arrested for a failure to obey during a demonstration of non-violent civil disobedience. Among those detained were UMWA secretary Dan Kane, Communication Workers of America chief of staff Ron Collins and a handful of UMWA Local representatives from five states.

The event, which kicked off at 10am in front of Peabody’s headquarters in downtown St Louis, Missouri – also home to the headquarters of Patriot and Arch – attracted thousands.

It featured several speakers, including the always vocal Roberts.

“Their strategy is ‘deny, deny, deny’,” he told the crowd.

“We respond the same way we do our work underground in the coal mines: we stick together, we shine a light where it’s dark, and we insist that the health, safety and welfare of our members and our families is the number one priority for this industry.”

UMWA Local 2161’s William Smith from Illinois, another individual that left the rally in handcuffs for trespassing, was just as outspoken as the union leader.

“These corporate executives must have figured they could mess with the lives of people from small towns in the coalfields, and nobody would ever know,” he said.

“We’re not going to let that happen.

“If Peabody and Arch get away with what they’re trying to do to us, than no labor contract in America is worth the paper it’s written on.”

Patriot filed for Chapter 11 bankruptcy in July 2012 and since then the UMWA has fought for its unionized workers from the producer as well as Peabody and Arch.

In May, US Bankruptcy Court judge Kathy Surratt-States granted Patriot’s request to effectively eliminate health care for retired miners and their families, and to impose significant wage cuts as well as benefits and working conditions for its active miners.

Patriot can impose those cutbacks on July 1.

FOURTEEN rally participants have been taken away in handcuffs after more than 4500 marched at another... 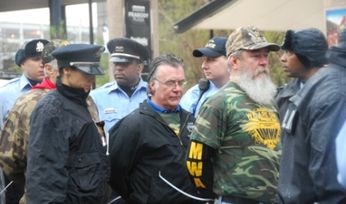 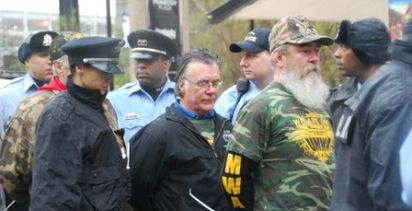