FORMER Massey Energy executive David Hughart, who was set to be sentenced on conspiracy charges Thursday, will instead face the judge and learn of his fate in September.

White Buck Coal president David Hughart, who entered his guilty pleas on two federal conspiracy charges in a West Virginia court in February, will be sentenced September 10 after his attorney requested a delay due to a scheduling conflict, according to the Associated Press.

It is the second postponement of the hearing. The former White Buck Coal president was originally supposed to be sentenced June 25.

Hughart has already admitted to working with others to ensure miners at his company and other Massey mines received advance warning about inspections between 2000 and March 2010.

He has been compliant and cooperative throughout the case. He also reportedly implicated ex-Massey chief executive officer Don Blankenship in late February during his plea hearing.

Because Hughart cooperated with authorities, some are considering it a sign that other officials from the Massey Energy hierarchy may be the next targets.

In June, the former Massey official asked a federal judge for leniency in his case because of what he claims is an unfair link of his crimes to the Upper Big Branch mine explosion.

He told Berger his life had been ruined by “terrible negativity” and publicity created by his case.

Assistant US attorney Steve Ruby told Berger in June that the court should consider a stiffer sentence because of the impact his actions had on others.

“Common sense dictates that when a defendant risks other people’s lives and health, that fact must be accounted for in fashioning his sentence,” Ruby said in a filing, adding that treating this conspiracy like one that created only financial harm “would understate the seriousness of this offense”

Ruby said Hughart’s cooperation had been valuable and might eventually warrant a request for leniency.

Whitt, meanwhile, said Hughart understood he was wrongly informed that the company had a legal right to warn workers of imminent inspections.

“David has come to know that mine safety laws are not suggestions [and] prison can do nothing to reinforce this fact,” he said.

“[He] deeply regrets his criminal conduct and that such conduct was part of ‘business as usual’ under former Massey management.”

On sentencing Kemp stressed the seriousness of the offences and the environmental harm caused. 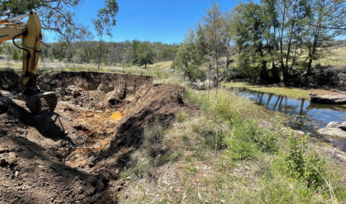 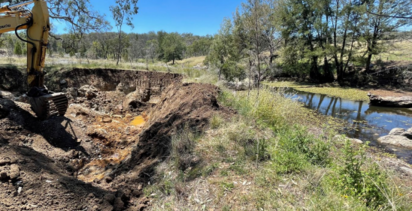