On the road to improvement

Geological anomalies and geotechnical constraints continue to retard roadway development rates at many Australian longwall mines, causing delays to longwall production and also rendering development coal production at a lot of mines sub-economic. But there is little doubt, based on Australia's Longwalls latest survey of operating mines (AL, March 2000 edition)*, that the local industry has lifted its game in the past five years.

More than three quarters of Australia's longwall mines provided comprehensive responses to the magazine's survey. Respondents included mines which have set new benchmarks for peak and average advance rates in development in the past two years, and also mines which consistently encounter some of the most difficult mining conditions seen in an underground coal mine anywhere in the world.

Australia's Longwalls latest survey focused on measuring average advance rates at mines, rather than peak rates. Most mines are running 8-9-hour production shifts (including travelling time) for development crews, but the range of shift lengths was seven hours up to 12 hours.

An industry average of more than 12m of gateroad development per shift could be determined from the survey results, while for mains development the rate was about 9m/shift. An average hourly advance rate for gateroad development of 1.4m per hour may be more typical of the industry's performance. Surprisingly, few mines indicated they were using different ground (roof/rib) support regimes for main roadways, or higher levels of secondary support, compared with their gateroad support patterns.

However, according to Michael Kelly, coal mining co-ordinator with CSIRO in Brisbane and head of its Roadway Development Systems project, the similarity between gateroad and mains support regimes is not abnormal. He said while gateroad support had a shorter-term purpose, roof and rib strata was subject to greater pressures than main roadways. The latter were built to be longer standing, but were generally not subject to the same dynamic loads. "They tend to balance out in the end and so the support regimes are often not dissimilar," Kelly said.

The best mines in the survey averaged 19-25m of development per shift, while the worst performers averaged 7-8m — higher than typical local industry roadway development rates of the early 1990s, but well below the current norm. Some mines not achieving average development rates of 19-25m can probably be considered strong performers if their roof/rib bolting regimes and/or general mining conditions are taken into account. But their best endeavours in the face of adversity count for little if longwall relocations and production are delayed by development lag.

The 26 mines which responded to the survey drove more than 270km of main and gateroad roadways in calendar 1999, producing over 6.35 million tonnes of coal in the process. Nearly three quarters of the development was gateroad development, the balance mains.

Seven of the 26 mines drove more than 15km of roadways. One exceeded 21km. Average gateroad dimensions were 3.3m (height) by 4.6m (width), while for mains the averages were 3.3m and 4.8m, respectively.

It also progressed environmental approvals for an extension to its Isaac Plains East operations. 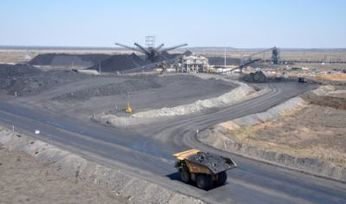 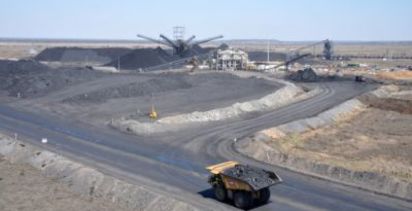