The Scandinavian company has added an important third dimension to its growing materials handling business. By Richard Roberts

Formerly Roxon, SMH will look to replicate its Australian business model in other major international markets such as North America and Europe. The group’s transition Down Under into a fully fledged materials handling equipment engineering, component sales, and service organisation has been boosted by SMH’s acquisition of Australian conveyor belt service company Beltreco.

The acquisition, for an undisclosed sum, more than doubles the size of SMH’s Australian conveyor business by teaming $60 million-a-year subsidiary Prok Conveyor & Equipment Company with the $80 million-a-year Beltreco. With other Sandvik Mining & Construction (SMC) businesses, Sandvik Tamrock and Voest-Alpine Materials Handling (which also operates under the SMH banner), the group is now forecast to generate more than $400 million a year of sales in Australia, making it the largest market for the $2 billion-a-year SMC outside of Europe.

The Beltreco acquisition has also dramatically escalated SMC’s service business in Australia, which is in line with its global aim to generate one-third of its sales from service activities, one-third from capital equipment sales, and one-third from parts or component sales. The acquisition effectively combines Beltreco’s $80 million-a-year conveyor service business with Prok’s growing conveyor equipment and component service division.

SMH’s expansion moves come on top of recent contract wins which have reaffirmed Prok’s strong position in the Australian conveyor equipment and components market. According to Prok general manager, region Australia, Tony Messercola, a new preferred supplier arrangement with one of the world’s largest mining companies would significantly enhance its existing position as main supplier to the company. “We have increased our share of this company’s business by 50% under a new deal,” he said.

Messercola was unable to disclose the name of the mining company last month, but indicated details of the new deal would be announced shortly.

In the wake of SMH’s $60 million equipment order from the new West Angelas iron ore project in the Pilbara region in Western Australia’s north-west, Prok has also picked up $7 million worth of new component business.

Despite the new contracts, Messercola said that after a flat two years for component and new equipment sales, 2001 was also looking spartan for the industry’s main suppliers. “The West Angelas project is probably the only major project that’s going to happen this year in Australia,” he said. However, Prok is expecting an increase in new product and spares replacement business to flow from its union with Beltreco.

Prok’s business focus pre-1995 was on designing and building conveyor systems, and selling components. Service contracts and general field service were left to specialised service contractors or mining companies themselves. But by the early 1990s, many larger Australian mining companies had started moving towards outsourcing plant and equipment maintenance services. Companies such as Beltreco have grown rapidly on the back of this strengthening trend.

Prok’s service business has increased tenfold in the past four years, according to Messercola. “We’re looking at current annual turnover of $60 million, and probably close to $10 million of that is service-related business that’s been built up in the last four years,” he said.

“We initially generated $1 million in the first year through our Newcastle (New South Wales) branch, formed about four years ago, and it has since risen to $10 million Australia﷓wide.”

When linked with the $80 million-a-year of Beltreco conveyor maintenance and service business, the combination with Prok created a “formidable force” in the conveyor service field. “Prok’s existing service divisions have been transferred to the Beltreco organisation in line with the current restructuring objectives,” Messercola said. “Beltreco will represent SMH’s service arm in Australia and Asia Pacific, with a full portfolio of mechanical and rubber products and services.

“Prok will continue to be the manufacturing arm of the group, providing full technical and engineering for conveyor systems and conveyor products.

“The acquisition has increased SMH’s presence in Australia by an additional 24 branches, which dramatically increases the group’s ability to provide direct customer support on our products and services.

“Their (Beltreco’s) presence in the market will generate increased market intelligence which will contribute significantly to our research and development efforts, and service strategies.”

Messercola said SMH had decided some time ago to make acquisitions part of its expansion strategy in Australia. The group is expected to take the same aggressive approach in the North American market in the next 12 months. Australia, Asia and North and South America are SMH markets serviced by Prok. Messercola hinted that the expansion spotlight was set to switch to North America in 2001.

At present, Prok’s manufacturing facilities at Bayswater, a Perth suburb in WA, and Mackay, Queensland, are used to supply equipment and components to most of its key markets. The company supplies components for conveyors 350-3500mm wide, including all forms of trough, return, impact, training and rubber disc idlers, and drive, tail and bend pulleys. Apart from its head office at Bayswater, Prok is well represented in the Asia Pacific region with sales offices in Melbourne (Victoria), Sydney and Newcastle (NSW), and Mackay and Brisbane (Queensland) in Australia, and Cilegon in Indonesia. It has agents in the Philippines, Hong Kong, Taiwan and New Zealand, and is also represented in Israel.

Across the Pacific, it has operations at Huntington, West Virginia, Dallas, Texas, and Ogden, Utah, in the USA, and at Vancouver, British Columbia, in Canada. The latter is head office for the North American region.

“We’ve re-addressed our manufacturing capabilities,” he said. “In the last 10-20 years Prok has been involved in a number of large-scale projects and Australia and overseas, reflecting a high-volume (product) market. This has justified investment in a lot of automation and long-run equipment. In the past two years we’ve had to rethink our strategy with regards to manufacturing.

“We’re now required to produce more smaller batches with shorter lead times. So we’re investing in short-run manufacturing technologies, which are flexible, they do not require time consuming set-ups and you are able to change product specifications and quantities very quickly and efficiently to meet delivery targets while maintaining quality.”

Claims bench drilling tool can cut deviation in challenging conditions by up to 50%. 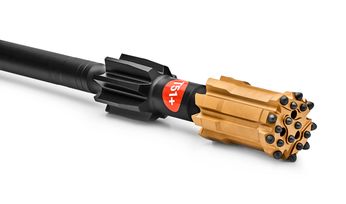 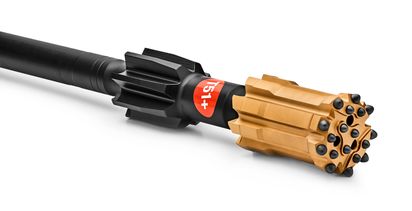