LAUNCHED at the Queensland Mining and Engineering Exhibition held in Mackay last month were new generation Alpha tyres for use in underground coal mines.

The new tyre wheel combination was developed by US-owned company Alpha Tire Systems with the purpose of increasing load carrying capacity of tyres without making them bigger. Tyres of this type are used on LHDÂ’s, PJBÂ’s, man transport, shuttle cars or any rubber-tyred vehicles.

In Australia, VA Eimco Australia is AlphaÂ’s representative and has fitted the Alpha tyres VA Eimco to the new EIMCO 220 LHD, also released at QME last month. The EIMCO 220 machine has a 10 tonne lift capacity with an increase in horsepower of 50% the company said. (A more detailed overview of this machine will be published in the September 2002 edition of AustraliaÂ’s Longwalls).

Marketing manager for Alpha, Sam Vance, said Alpha had an eight year background in tyre manufacturing. The tyres are manufactured in China under licence to Alpha.

Â“Our background is in bias tyres but we also make wheels. This has allowed the company to offer customised tyre wheel combinations for a range of applications to match a tyre to specific needs. And we can do it in a low profile,Â” Vance said.

He said low aspect ratios were the future of bias tyres in heavy hauling applications for rubber-tyred vehicles.

Â“While you maintain the same outside dimensions, the overall diameter, the same width, you pick up 20-25% carrying capacity in the same envelope but in a low profile.Â”

The tyres were also less susceptible to sidewall protection, one of the main causes of tyre failure.

Â“We know that over 60% of the tyres that come out of mines prematurely come out because of sidewall damage not damage in the tread area,Â” Vance said. Â“They get the machine up against the rib for instance.Â”

All new Eimco vehicles will be fitted with Alpha Tyres.

Taps the power of edge processing, ANT and satellites. 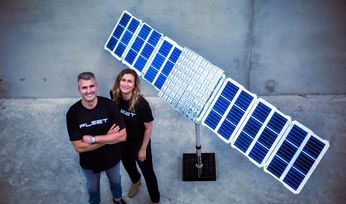 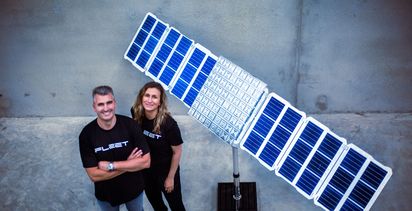