THIS weeks longwall larrikin claims one record many cant or dont want to - 0-25m in wellies starting with a back flip and twist, following coal failing in the ribs either side of him. Moranbah Norths Paul OGrady has certainly been around the traps and seen a few things in his time, starting at Cardiff University with previous longwall larrikin Paul Freeman before time at more than a few Aussie mines.

Following a PhD at Cardiff University, Paul went on to work for BFP Consultants in Sydney and Melbourne for a five year stint, before venturing to the mines at Clarence Colliery for a few years. He followed this with two years at Oaky Creek Coal, two more with HWE at Southern Colliery, a spell with Anglo Coal and then back to Oaky Creek. He has been at Moranbah North since October 2002.

Paul has a penchant for wine, jaguar cars, and sailing.

PO: In the early 1970’s I remember a major mine disaster in the North of England being on the news a lot. A number of lives were lost in an inrush when they holed an old shaft.

PO: ‘They’ – being Cardiff University in the form of Neal Rigby, currently chairman of SRK, let me in (so he is the one to blame). I was quite astonished to discover you could do a degree in mining. I had originally planned to do geophysics but in the time between applying and doing A levels I discovered that a) it looked very difficult, and b) it was very boring…..

PO: Exto readings in the middle of night.

PO: My mortgage, a penchant for Jaguar cars and my wife’s shopping skills have had the most influence as they have kept me going. Paul Freeman and Peter Fuller (managing director of BFP consultants) probably deserve joint first place for people who have had most…but quite diversely different…influence!

PO: The invention (jointly with Peter Fuller) of the Flexibolt which spawned the current generation of tendon bolts now available from the major support consumable manufacturers, and which are very widely used today in Australia and around the world.

PO: Longwall equipment – the increase in strength, power, reliability and sophistication has been very significant.

PO: None that I am aware of or would admit to…but I have seen Paul Freeman’s collection of 78s.

PO: Yes…amongst which is to measure the output of a longwall operated by Taylor, Wills and Freeman.

PO: On about my second day ever at an Australian mine being described by Peter Roberts (then of Tahmoor Colliery and now of Walters Constructions) as having no credibility in the mining industry for wearing an NCB donkey jacket. I felt much happier when Peter’s colleague, a notable mine geologist, dryly interjected that Peter was probably the most qualified person to make such a comment.

PO: Ellalong Colliery in about 1993/94 – working in the cut-through inbye the face when a “bump” occurred and coal failed in the ribs either side of me – one record I may hold is 0-25m in wellies starting with a back flip and twist.

PO: It should be but I don’t see it happening. 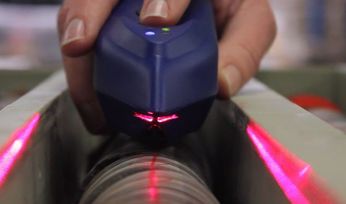