THIS weeks larrikin is currently the general manager of the first joint venture coal mine in China, run by the Shanxi Asian American Daning Energy Company. This mine is now in the commissioning stage of the longwall operation. Ron Hite started in underground mining in 1977 while attending West Virginia University. During his freshman year, US Steel Company offered a co-op program for mining engineering students and during the summers and holidays Hite worked in their #50 mine in Pineville, West Virginia.

“This mine was their biggest at that time, it was a very good bituminous coal, high gas and the coal seam ranged between 40in to 60in. During those summers I worked a variety of labour jobs and occasionally worked with the survey crews. We started with 25 co-op workers the first summer and there were three of left at the end of the first summer. The work was tough but it taught me many lessons of what mine labours go through and it paid for my college education,” Hite recalled.

Shell transferred Hite to Wolf Creek Collieries in 1986, consisting of three underground operations and a small strip mine. He started as the manager of technical services and six months later was promoted to operation manager of the complex. In late 1986 the #4 mine installed a longwall system, which had the first high voltage Joy shearer in the US. During 1997 and 1998 it was the most productive longwall in the world per meter of coal seam.

In 1993 Shell Mining was bought by Zeigler Coal Company, and Hite remained as VP for about six months, before starting a consulting business dealing with mining companies on organisational effectiveness and management training. After a year of consulting he moved his family back to their home town of Syracuse, New York, and started a construction company.

His favourite hobby is golfing, but since moving to China in 2001 has only played six or seven times.

RH: The first day working underground in mine # 50, getting out of the mantrip in 40 inches of coal then walking two kilometres. I then realised why people wore leather back straps.

RH: I started in petroleum engineering, when I had the opportunity to co-op with US Steel and worked in the mine, I felt the challenges, the people, the overall mining culture was how I wanted to spend my career.

RH: June of 1977, when I visited the Maidsville Coal Company in Morgantown West Virginia.

RH: Face boss (production foreman). To me it was like having a sporting event everyday, working with your crew daily, and measuring your results against the other crews, the competitiveness was fun.

RH: Pumping water and moving slurry into the longwall gob.

RH: John Dickerson the mine superintendent of the US Steel Mine in Pineville WV was tough as nails, and was perceived as mean and hard, but he took time with me often to explain why he did things that sometimes I did not understand. Those life lessons are how I look at an operation daily currently.

RH: The start-up of the Daning Mine.

RH: Development of mine monitoring systems, methane detection instruments, SCSR’s and the safe use of high voltage underground.

RH: 1987 and 1988 Wolf Creek was the most productive longwall in the world. Developing first mining JV in China.

RH: To own and operate an underground mine.

RH: Having a group of old mechanics watching me trying to weld a bell on a rubber tired mantrip with a DC welder using the mantrip frame as a ground. I heard about that for many years.

I was walking the bleeder entries in Wolf Creek alone, I walked into roof bolt plate and broke my cap lamp. Sitting in the dark for a shift and hoping someone would find me was my scariest moment.

RH:A 23 year old shield operator some how got his head between the shield canopy and the roof in 1988 and was killed. I went to his home to tell his wife while she held her three young sons. That picture in my mind now, seems like it was yesterday.

RH:I think the technology is available now, but it is the experienced eye that technology cannot replace. But I do think running shift by shift with minimal people is a step away.

Sayers left the company in 2018 to run horses at Yarradale Stud, which is where he died on May 9. 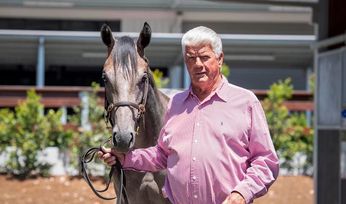 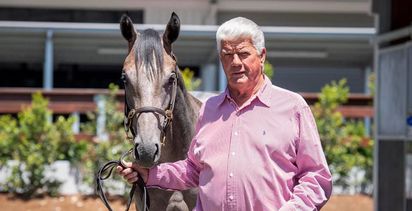