ADVANCING plans it announced in September to close mines and cut 1200 workers from its payroll, Alpha Natural Resources has idled, likely permanently, the Stillhouse operation in Cumberland, Kentucky and furloughed its 40 workers.

Alpha spokesman Rick Nida told local newspaper the Harlan Daily Enterprise that another 40 miners who worked at the Harlan County mine had been reassigned to other Alpha complexes in the region.

“We have 12 or 13 more people left at the mine doing clean-up work,” he said, adding the 40 transferred miners would work at Alpha’s Cloverlick No. 1 and No. 3 mines in Harlan County as well as Northfork No. 5 and No. 6 in Letcher County.

The producer already has shuttered mines in West Virginia, Virginia, Kentucky and Pennsylvania.

In February, the producer cut back production at another 10 mines in Kentucky and West Virginia.

Nida told the paper that the future of the mine hinged largely on market conditions, and that it was a “difficult time” for Alpha to take the shutdown and layoff actions.

“It’s always difficult, but we have to be sure we’ve got a market for our products,” Nida said.

Nida did not respond to an ILN request for more information on plans for the mine’s equipment and other closure-related details.

In a September interview with ILN, spokeswoman Samantha Davison said the market for thermal coal had changed fundamentally due to US Environmental Protection Agency regulations as well as the abundant supply of domestic natural gas.

“We can’t prosper when we mine and sell thermal coal at a loss, so we are taking action on that front,” she said.

“We don’t see natural gas competition going away and we see regulatory pressure from the EPA increasing on coal-fired power generation.”

At the same time, Alpha made changes across its organizational structure, including its headquarters.

“We are streamlining our operations, consolidating our geographic regions from four to two, and initiating some organizational changes to support our operations better, so we can operate more efficiently and better manage costs,” Davison said.

“Together, these actions will create a more nimble and durable company that can scale operations to any market conditions.”

Alpha’s announcement of the eight mine closures and cut of more than 9% of its payroll comes just 15 months after the Virginia-based producer closed its acquisition of fellow Appalachian miner Massey Energy.

However, Davison said at the time, the timing of the takeover was unrelated and, in fact, none of the mines to close were Massey complexes.

“No group/company is being singled out,” Davison said.

“These are fact-based decisions.

“We are making these changes to position Alpha for long-term success.” 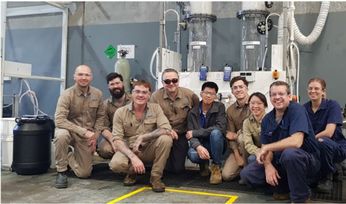 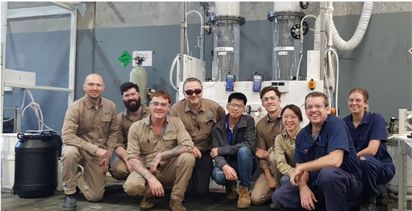