AMERICA’S coal miners will be honored in a set of postage stamps to be released in August by the United States Postal Service. 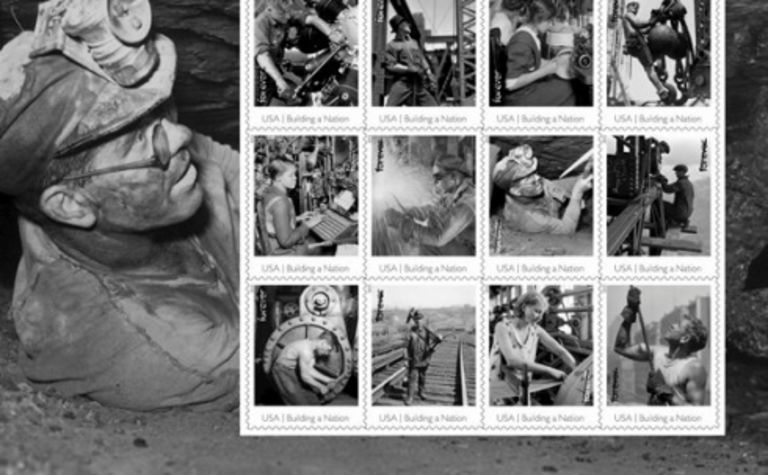 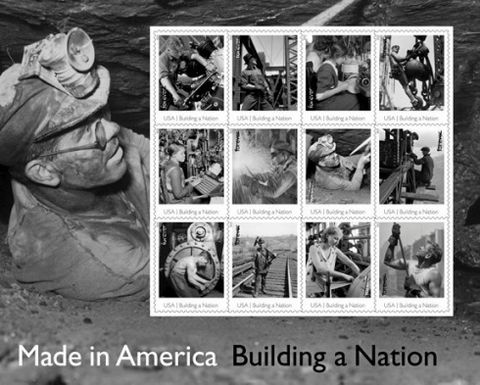 The "Made in America" stamp collection. Courtesy USPS

The 12-stamp collection titled “Made in America: Building a Nation” will honor “the courageous workers who helped build our country”, the USPS said in a postal bulletin.

There have been calls from communities and legislators for a coal mining stamp for more than a decade.

US Representative Lou Barletta and Pennsylvania state Representative Eddie Day Pashinski are among those that have been working to convince the USPS to issue the commemorative stamp.

Barletta initiated a resolution last year to create the stamp in honor of the “important contribution” of American coal miners.

“The United States and this Commonwealth are indebted to all coal miners who work in difficult and dangerous conditions and to the hundreds of thousands of people who have suffered from lung disease and other maladies caused by working in unsafe and unhealthy mine conditions,” the resolution said.

“Coal miners have fueled our nation's economic engine and ensured our military security by providing coal, not just for the generation of power but as an essential element in the steelmaking process.

“The people of this Commonwealth and of the country at large support honoring American coal miners with a postage stamp for the important contributions they have made to our country.”

The sheet features 12 stamps in three rows of four. Eleven of the 12 stamp images were taken by photographer Lewis Hine, a chronicler of early 20th century industry.

The coal miner stamp is the only one of the 12 that does not feature a Hine photograph. The image is from the Kansas Historical Society.

An airplane maker, a millinery apprentice, a linotyper in a publishing house, a welder on the Empire State Building, a powerhouse mechanic, a railroad track walker and a textile worker are some of the other workers featured on the stamps.

There are five sheets available. Each one contains the same stamps but is anchored by a different selvage photograph.

Fine-grained metal oxide and nanomaterials are traditionally difficult and expensive to produce.