The Rutherford Group has just released a new 11kV cable coupler for use in high voltage power distribution systems.

Engineers worldwide have long regarded high voltage cable couplers and adaptors - 6.6kV and upward - as a weak link in high voltage power distribution systems. Not only have couplers and adaptors been failing, but the reasons were largely unpredictable and unknown. Consequences of equipment failures ranged from minor mechanical damage to explosions via a phase-to-phase fault. One of the most common failures was linked with partial discharge, when electrical stress causes sparks in the insulation and eventual failure.

An Australian Coal Association Research Program (ACARP) accepted a proposal from Paul Lacky (Oceanic Coal) to fund research by Pacific Power International into the phenomena. Phillip Marks of AusProof Pty Ltd meanwhile privately funded extensive research in Australia and overseas, into partial discharge and a number of other mechanical and electrical design problems associated with HV cable couplers. In its research, AusProof drew upon Rutherford’s 19 years experience as a cable, cable coupler and adaptor repairer to identify the underlying causes for the failings.

The research identified several underlying factors for the equipment failure including the underground coal mining industry’s increased need for power. This translated into higher voltages being accommodated by simply making lower voltage couplers larger, usually without examining the fundamental differences between low and high voltage characteristics. Furthermore, the design of couplers and adaptors did not keep up with technology advances in other parts of the distribution system. The four main factors were partial discharge, air volume, tracking distances and earth barrier screens.

The research resulted in an engineered solution, completely fit-for-purpose that incorporated world-best-practice technology, materials and engineering to overcome the problems highlighted by the research. As each solution was developed it underwent rigorous testing. Eventually the new design improvements were incorporated into a single new coupler and adaptor. The design of a new coupler also presented the opportunity to address other problem areas of the old design such as contacts, sealing rings, coupling methods, cable glands and installation.

Said Rutherford group marketing manager, Chris Harive: "News of the technical excellence of the product reached the USA and resulted in an invitation from the Mines Safety and Health Administration (MSHA) Academy, West Virginia, and a paper being presented to its National Conference of Mines Inspectors.

"The NSW Department of Mineral Resources extended an invitation to deliver a paper on the new product, placing it in the program to follow a paper by Pacific Power International on the results of its ACARP funded research - that is, first the problems and then the solution, to its Electrical Engineering Safety Seminar in November 1999."

The coupler’s development was aimed at meeting the needs of both underground coal mine (flameproof requirement 800 Amps @ 11kV) and open cut coal mine (800 Amps @ 11kV and 500 Amps up to 25kV) applications in Australia and international markets and in particular, the American market, where voltages can range up to 500 Amps @ 25kV.

"Market assessment and development has been ongoing in Australia and New Zealand over the past 18 months in underground and opencut mining and tunnelling applications and there are presently in excess of 1000 units in the field," Harvie said.

"There has been no formal product release or promotion as yet however, we plan to do so following the Queensland Department of Mines & Energy Electrical Safety Seminar in March this year." 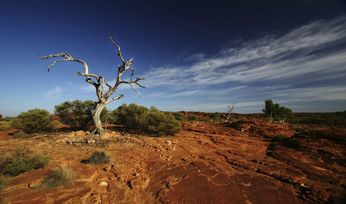 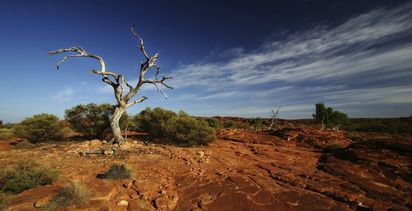