ON the water and at the coal face  both places this week's longwall larrikin feels right at home. Longwall Advantage managing director Lindsay Auston has a wealth of experience underground and is also a keen sailor - holding the Australian Title Winner 1996/97 for sailing 15 VS Skiff.

Lindsay started his mining career at the tender age of 16 as an apprentice mechanical tradesman at the Wyee State mine. He then moved to Emerald with his young family in 1992 to work at the Gordonstone mine as an underground fitter before joining Australian Longwall as a service engineer then control systems engineer.

Joy Mining Machinery then snapped Lindsay up as a control systems engineer where he corrected design problems, provided machine problem solving services, completed international and regional assignments to commission new machines, helped in problem solving and training customers to operate and maintain equipment. He was also responsible for supervising service engineers and contractors on longwall mini-builds, retrofits and installation underground.

LA: A friend of my fathers (Glenn Deaves) organised a visit to Munmorah State Mine when I was 15 years old to see if I liked underground work. I remember sitting on the Lee Norse Miner in a pillar panel and operating the controls, the machine was jumping around and the air was thick with dust – I thought it was fantastic.

LA: My parents advised me to get a trade behind me. I was offered two jobs after leaving High School and chose mining for the $20 a week more than the power station. I was only 16 years old so $20 was big bucks. I suppose I have a bit of mining blood in my veins as well as my great-grandfather was shipped out from Ashington Colliery in England to help sink the shaft at Hebburn #1 Colliery at Weston.

LA: Driving the shearer on doggie while the Feds were having their crib and driving the Baldwin Locos in the Great Northern Seam at Wyee State Mine.

LA: Belts – as the longwall fitter we looked after our section belt, I hated clipping belts and emptying the loop take-up.

LA: I have had the pleasure of working with a great deal of exceptional men in my working life. One person who has been a major influence in my career would be John Henry, a Control Systems expert (Gullick-Dobson, Longwall International, Joy). John brought a true passion to his field of work, he taught me that attitude towards the task ahead is important and that through detailed observation – most problems can be solved.

LA: At Wyee State Mine we used to compete for the most shears per shift. I can’t remember who got the most, but I suspect it was our crew.

LA: Further travel around Australia and beyond.

LA: Sending three good relay bars out through the BSL and onto the belt. I thought they were the ones we had already replaced.

LA: Working on the wall in bad roof conditions at North Goonyella – when moving supports you could actually hear the rocks coming from miles away.

LA: No, the system is only as good as the weakest link. I am yet to see any major improvements in the small but vital components.

Tarkine group back in Venture's way 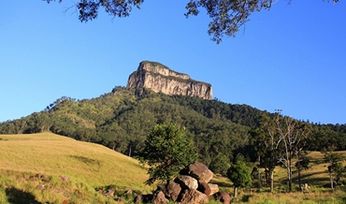 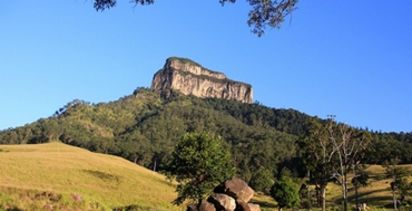 MLG and GETS named Goldfields best