On Tuesday the company announced the resignation of non-executive director Tim Jones, who will be replaced by Cristian Ramirez.

“Ramirez brings further extensive corporate and industry experience to the board of Beacon Hill through his current position as chief investment officer at Asesorias e Inversiones Benjamin (manager of Latitude Zero), a large Chilean family office with global investment in commodity-related sectors, domestic consumption and energy,” Beacon Hill said in a statement.

Despite leaving the board, Beacon Hill said Jones would stay on in his role as company secretary.

Cronje will remain based in the group’s South African office.

Farr-Jones used Beacon Hill’s annual general meeting to provide a progress update, saying it had achieved a number of milestones since its revamped management team initiated a “new focus, positive momentum and change of culture” within the company.

“The first phase, particularly towards the end of 2012, was to identify the best way forward at Minas Moatize and to deliver an operationally sound and financially robust mine,” Farr-Jones said at Friday’s AGM.

“Under the leadership of Rowan Karstel, a revised expansion strategy was adopted which targeted a phased growth strategy to deliver a significant reduction in proposed capital expenditure but still achieve an initial plant capacity of 1.8 million tons per annum run of mine, rising to 2.8Mpta ROM by December 2013.

“This new approach focused on matching the company's coking coal production targets with its rail allocation [and] enabled the Beacon Hill team to tailor the volume of saleable coal with the most cost-efficient method of reaching its export markets.”

Fitzgerald is looking forward to working with Veldsman closely on the transition. 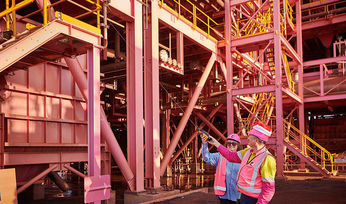 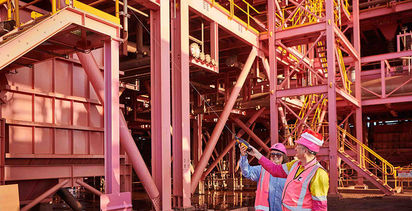