One of the world’s leading manufacturers of steel cord conveyor belt, Germany’s Phoenix AG, says it has come up with an innovative new method of conveyor belt replacement.

One of the world’s leading manufacturers of steel cord conveyor belt, Germany’

Phoenix AG, says it has come up with an innovative new method of conveyor belt

owned by RAG - was recently replaced after 21 years of continuous operation. During

A spokesperson for Phoenix at Hamburg, Germany, said a plan to replace the belt

as possible, the 21 single lengths of the Phoenocord ST 5000 belt were spliced next to

“After splicing the whole belt was put in 42 layers, creating an 85m-long and

1.43m-high package. At both ends where the loops were supported by pipe rollers, the

“To avoid high friction during the stringing process of the belt, sand was scattered

between the layers. The complete length of 3600m was stringed onto the conveyor

“Two vertical curves had to be passed from the belt storage place to the conveyor.

The final endless splice was made (with the belt) in the conveying system.

“Thanks to careful planning and excellent organisation, the whole procedure went

very smoothly with no conveying downtime.”

impact and rip protection system. In 1975 the company supplied a 3000m-long 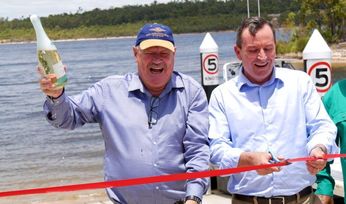 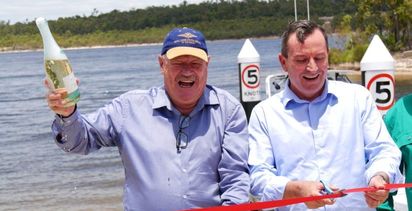