FOSROC Mining, part of BP, hopes to capitalise on rising demand for flexible, high-strength ground support membranes with the Tekflex coating, introduced in Australia earlier this year following its successful launch in the North American market.

Developed primarily as a replacement for roof and rib mesh, Tekflex can also be applied as an alternative to shotcrete for scat control. It is described by Fosroc Mining as a high-strength sealant able to permanently stabilise rock structures while accommodating stresses associated with strata movement. It also provided a barrier to moisture degradation, the supplier said.

Fosroc Mining’s Tekflex product manager, Rob Hawker, said the product could be prepared with a conventional batching system. It was applied with a typical pumping unit and air-spray nozzle. Fosroc Mining has developed its own application unit.

Hawker said the cost of using the membrane depended on key variables such as labour, transport and mine layout.

According to Hawker, the “Tekflex system” is the most advanced product of its type in the world at present. “It offers important cost savings and benefits in rock surface protection, durability and productivity,” he said.

The cement-based spray material has been described by Canadian nickel giant Falconbridge as a significant productivity improvement aid. Having initiated a review of its ground support procedures in the mid-1990s, Falconbridge adopted Tekflex as a replacement for steel screening products two years ago and said productivity had been shown to rise by “about 20%, theoretically, but by more than 50% in a trial” at its Fraser mine in the Sudbury Basin, Ontario, where the spray is used extensively in development and cut-and-fill excavations.

“Tekflex is safe to handle and install, meets minimum fire safety standards and supports loose ground as intended,” Falconbridge said. “Due to the remote, mechanised method of applying this liner, an immediate positive impact on safety has been realised in relation to loose material related accidents.”

At the Southland coal mine in the Hunter Valley, New South Wales, Tekflex has been used to stop rib spalling in development roadways, and to support the mine’s 220m longwall face during relocation of longwall mining equipment. A 5mm-thick membrane was applied to the full 3m-high, 220m-wide face, as well as 500mm of overlap onto the sandstone roof.

With an approximate 50% time saving over conventional support systems achieved on the Southlands application, the decision to use Tekflex was easily justified, Fosroc Mining said. With a pallet of Tekflex able to cover 80-90 square metres, only a small amount of material had to be transported underground to the Southland longwall face. According to Hawker, this was one of the main advantages Southland saw in Tekflex compared to other spray systems such as Gunite, with up to five times less material required underground. 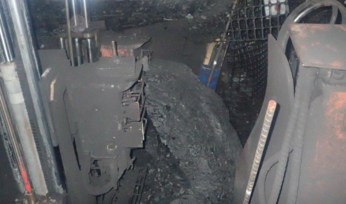 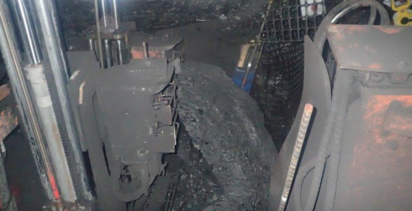