KEY safety and maintenance issues related to mine conveyor braking and shutdown systems are coming under increasing scrutiny in Australia. When it was introduced, Australian Standard AS1755-2000 - which set out new guidelines for conveyor operational safety - was generally well received by operators. Published in Australia's Mining Monthly.

KEY safety and maintenance issues related to mine conveyor braking and shutdown systems are coming under increasing scrutiny in Australia. When it was introduced, Australian Standard AS1755-2000 - which set out new guidelines for conveyor operational safety - was generally well received by operators.

However, there was some confusion then, and still seems to be plenty now, about the type of stopping mechanisms required to ensure conveyors are safe and that they meet legal design requirements.

A Perth-based consultant believes it is time for regulatory bodies to take a uniform approach to the design and safety of conveyors. Dave Beckley, principal of Conveyor Design Consultants, said legal requirements varied from state to state.

"In Western Australia the mines regulations are not, at the moment, as specific as they are in Queensland and New South Wales where compliance with Australian Standard 1755 is now a legal requirement," he said.

The standard, which dated back to 1971, had always stated that conveyors must be able to stop in the shortest practicable time. However, it had never said specifically that all conveyors needed to be fitted with brakes. Beckley said belt conveyors should be fitted with brakes, first, for safety reasons and secondly, to prevent overlapping stopping times.

“As far as overlapping stopping times are concerned, it only takes a few seconds of difference in the stopping times of two conveyors in sequence for a partially blocked chute to occur each time the loaded system is stopped," he said.

"When the outgoing conveyor is restarted a flooded belt condition will occur, resulting in unnecessary material spillage. This is lost product that requires an expensive clean-up operation but, more importantly, also creates a serious personnel safety issue.

"In extreme cases chutes can become fully blocked, causing damage to the head pulley lagging and belting, and often resulting in extensive lost production time. Where a horizontal conveyor is feeding an inclined conveyor, it will be necessary to increase the drive inertia on the incline conveyor to prevent an overlap in the stopping times from occurring."

A WA-based expert in conveyor maintenance and design, ConveyorPro manager Neil Hass said brakes on a conveyor were important and should be functional on "just about every type of conveyor" for safety reasons.

Hass said most mine, overland and port conveyors had "backstop elements" fitted inside gear reducers which prevented them from running backwards when stopped but did not act as brakes. "A lot of people in the field get confused with backstop elements and brakes," he said.

Brakes provided important protection for mine personnel if isolation lanyards needed to be tripped or they were servicing the conveyor.

"Injuries have occurred when a conveyor has been tagged and locked on the isolator, but, for example, if a head pulley was changed out the lifting of the counterweight would actually move the conveyor, which can cause injury to people working down the other end of the conveyor.

"A procedure we’ve used in the field to eliminate this problem on conveyors that do not have brakes fitted - and many in WA fit into this category - is to secure top and bottom belt clamps that are chained off to the main structure. This does not allow the belt to move, even when you are removing a section of the conveyor because it acts as a simple brake."

Hass said conveyors were dangerous whether in motion or stationary. "There are too many nip points that can pull you into the system," he said.

Maintaining conveyor belt brakes was neither difficult nor time consuming "if the service person knows what he is doing". They needed to be serviced and inspected on a monthly basis, Hass said.

According to Beckley, brake maintenance is but one matter linked to "a very contentious subject". While operators seemed prepared to accept problems created by not having an adequate braking system, problems that were in many cases far more troublesome than routine brake maintenance, they were less enamoured with the task of maintaining brakes.

"Operators sometimes argue that they don’t want another wearing component to maintain and others say the conveyor already stops in too short a time without a brake. However, a short stopping time usually occurs when an inclined conveyor is loaded," Beckley said.

"It is a different story when the same conveyor is empty, as it may then run on for 30 seconds or more without a brake."

Beckley is organising a new one-day technical training course on belt conveyor safety aimed at engineers and maintenance personnel involved with the design, maintenance or operation of belt conveyor systems. Previously run in NSW, Queensland and WA, the course is recognised by the Institution of Engineers, Australia for Continuing Professional Development (CPD) purposes.

Beckley said it was important for industry personnel to be familiar not only with AS 1755-2000, but also with the many other issues relating to conveyor safety that were not covered by the standard. 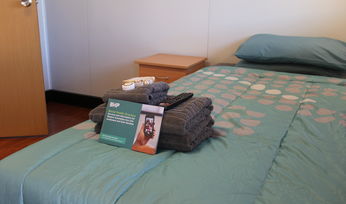 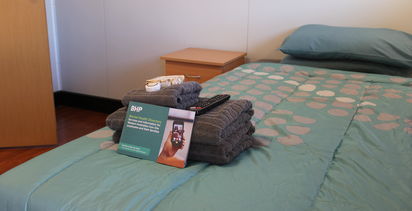