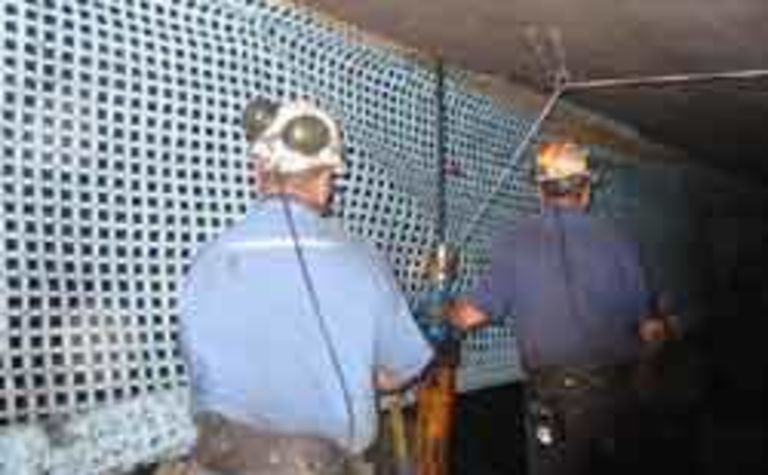 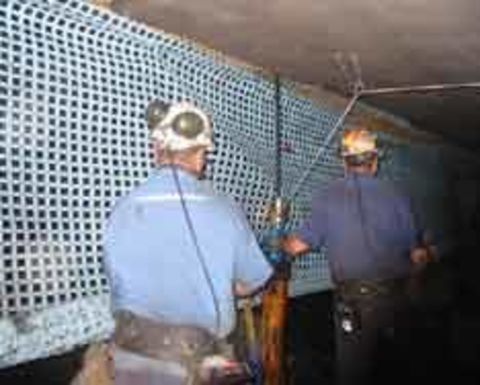 The first DSI mat consisting of various grades of mesh was assembled at Cooranbong Colliery in NSW and installed at Springvale Colliery.

“The workforce at both of these mines are recognised and respected as long-term mining industry leaders of innovation. It should be no surprise to the industry that these mines worked with DSI and supported the introduction of a new cost effective product for miners,” DSI said.

DSI supported their local technical capability by calling on Ray Brandon from DSI Amercia to overview the mat construction and preparation.

“Ray’s expertise was previously demonstrated with his input into several of the first mats installed in Australia. It is worth noting that the first geogrid mesh longwall recovery mat used in Australia was at Springvale Colliery,” DSI said.

The prepared DSI mesh mat for Springvale was 258 metres long and 12 metres wide. It consisted of more than 3000 square metres of grid with various strengths carefully laced together by approximately 3,500 metres of strong nylon rope.

The mat was rolled and bound by 2000 cable ties, 1,250 metres of 6mm-diameter nylon rope and 800 metres of 19mm wide polywoven strap. The completed mat incorporated a 13mm diameter steel starter rope and had a total mass in excess of 4.5 tonnes.

The rolling of the mat consisted of a main roll and a “mini” or starter roll for ease of installation underground. When preparation and rolling was completed at Cooranbong the DSI recovery mat was loaded onto a special trailer and transported to Springvale. Height restrictions for underground transport determined that the recovery mat as loaded on the trailer had to be less than 1.9 metres above the ground.

The trailer load of DSI Longwall Recovery Mat was taken underground at Springvale and parked in the tailgate. When the longwall face had retreated to the bolt up cycle position, the mesh mat was pulled from tailgate to maingate by the shearer. In position the mini roll was unravelled and the Recovery Mat was fed over the chocks and hung in preparation for the next shear.

“The DSI Longwall Recovery Mat has been successfully installed at Springvale Colliery and it has assisted with the successful recovery of 170 chocks from the 407 longwall face,” DSI said.