RESIDENTS in the coal mining communities of West Virginia suffer higher premature death rates than non-mining areas of Appalachia, according to a new study.

As a part of an Appalachian Research Initiative for Environmental Science (ARIES) project, the research team at the University of Pittsburgh Graduate School of Public Health, led by Dr Jeanine Buchanich, examined select mortality rates.

“The results of these analyses indicate that total and cause-specific mortality is elevated in WV coal-mining counties relative to Appalachian non-coal mining counties for certain causes of death,” an ARIES research update bulletin reported.

The study also found higher rates of mortality in non-coal mining counties for kidney cancer and stroke, suggesting that other factors, and not solely coal mining, were influential.

“Additional studies of Appalachian mortality are required to understand the complex interactions of factors and determine the extent to which coal mining plays a part,” the ARIES release said.

Higher rates of non-cancer respiratory disease mortality were also found in coal-mining counties among males, but not females, perhaps indicative of occupational diseases such as black lung.

The authors of the research are scheduled to speak next month during a four-day ARIES meeting in Charleston and results of the study will be included in the peer-reviewed proceedings of the meeting.

The ARIES release said that further journal articles would be prepared once additional findings were made. 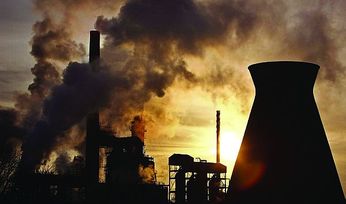