THE ground has been broken at Richie Bros new auction site in Manchester, New Hampshire. 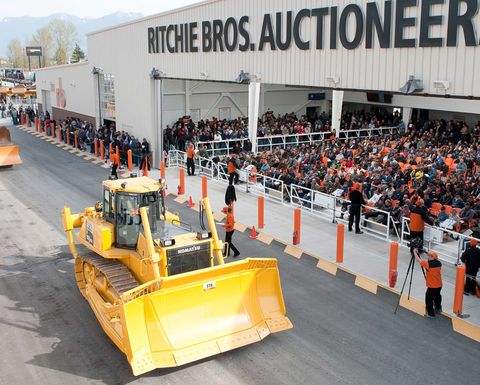 A crawler tractor crosses the ramp in front of a crowd of seated bidders in the auction theater. Courtesy Richie Bros

The 54-acre property will serve as the company’s first regional auction site in New Hampshire. It will replace the company’s smaller facility in Hartford Connecticut.

Richie Bros said it had spent a decade searching for a property in New England to serve its strong customer base there.

"It is directly off of Interstate 93, just 15 miles from the Manchester-Boston Regional Airport and 58 miles north of downtown Boston, allowing for easy access from a transportation perspective."

O’Duggan said the first phase of construction was expected to be completed by the end of the year and include “substantial earthwork improvements” to create the 25-acre auction site.

Approximately 18 of the 25 acres will be used for displaying equipment prior to an auction. The remaining acreage is engineered to allow for future expansion which will include more display space and the construction of new auction facilities and services, Richie Bros said in a statement.

The first phase of construction will include the development of a temporary large auction tent with full in-person and online bidding capabilities and seating capacity for more than 300 people, an equipment check-in building, equipment washing facilities with closed loop water recycling technology and a paved parking area for customers.

The state-of-the-art centre will further enhance Mackay's reputation as the service hub. 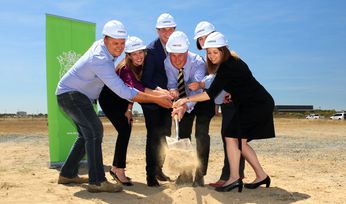 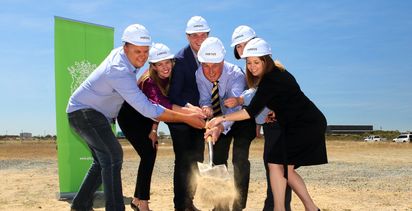