THE first major coal railway to be built by the private sector in Indonesia has collapsed after a key party, Indian conglomerate Adani Group, has withdrawn from the project.

The other key investor, Indonesian coal miner PT Bukit Asam, told Reuters that Adani had pulled out of the $1.7 billion project in South Sumatra due to rising costs and government permitting issues.

Indonesia has limited spending allocated for national projects, so in order to ramp up its rundown infrastructure a law was issued in 2009 to allow the private sector to construct railways to transport agriculture and mining projects.

Bukit Asam, currently restricted by poor infrastructure, was keen to build the rail to help it become one of the country’s biggest coal producers.

A memorandum of understanding was signed for the railway project more than three years ago.

It would have allowed the completed railway to transport 35 million tons per annum from Bukit Amam’s Tanjung Enim mine to the Tanjung Api Api port, allowing Bukit Asam to significantly ramp up current operations as well as supporting an offtake agreement with Adani for at least 30 years.

Adani, which has interests in coal trading, mining, electricity and shipping, said it had aimed to generate 20,000 megawatts of electricity by 2020.

But according to The Wall Street Journal Bukit Asam chief executive officer Milawarwa said the deal collapsed due to "ministerial regulation and rising costs of construction", adding that the cost of construction was estimated to have risen to around $2.4 billion. 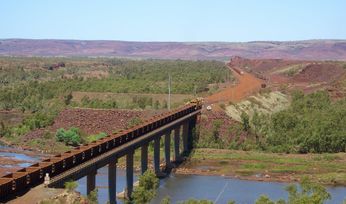 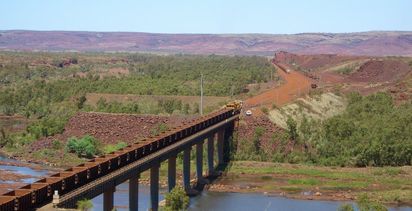