IN MORE worrying signs for the industry, large US utility American Electric Power has told shareholders coal will make up just 50% of its total generation by 2020, down from 67%.

In his leadership message to the group, president and chief executive Nicholas Akins said a drive to “reposition assets” was due to tougher environmental regulations and the economics of coal versus gas economics, as well as factors such as competitiveness, reliability and the age and efficiency of some of its coal-fired units.

“We will retire more than 5100 megawatts of coal-fired generation and retrofit nearly 11,000 megawatts with new, advanced pollution controls or upgrade existing control equipment,” Akins says in his written address.

“Additional coal-fired generation may be refueled with natural gas.”

On the positive side, AEP is still planning to complete capital investments this year, including one related to coal.

With a jump in its capital expenditure budget from $US2.7 billion in 2011 to $3.1 billion for 2012, the utility will complete its coal-fueled, 600MW John W Turk plant in Arkansas later this year.

At the same time, the February completion of the Dresden plant, a 580MW, combined-cycle natural gas facility in Ohio, represents its increased generation from natural gas.

“By 2020, we estimate natural gas will account for 27% of AEP’s generating capacity, compared with 24% today,” Akins says.

Put into perspective, coal will drop from 67% of the utility’s capacity last year to the 50% figure in the next eight years.

The remainder will be nuclear, renewables and hydro.

“This effort to create a more sustainable balance of our generation resources will be very challenging and expensive but will provide long-term fuel stability and allow us to adapt to the major upcoming market and operational changes,” Akins says.

He says AEP is concerned by the regulatory environment and the direction being taken with regards to greenhouse gases but will continue efforts to reduce them.

“Every coal-derived megawatt-hour we replace with natural gas will reduce our greenhouse gas emissions by about 50%.

“Even so, we anticipate that ultimately we will need to address the carbon emissions of natural gas."

AEP, which serves more than 5 million customers in 11 US states, has about 39,000MW of generating capacity and is one of the largest utility providers in the nation.

Many of its facilities are coal-fired and located in Appalachia.

An initial order of USV vanadium oxides has already arrived in Perth for conversion. 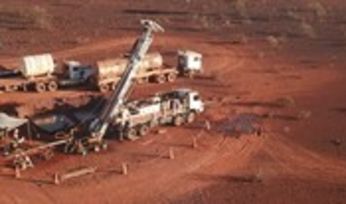 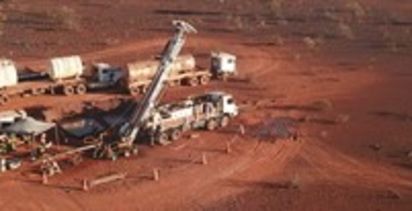