A pint with Martin Grant

MARTIN Grant has more than 20 years experience in the resources industry and over the past eight years has held a number of senior executive roles in the international coal sector. These included chief development officer for BHP Billiton Energy Coal and vice president business development for BHP Billiton Mitsubishi Alliance. Now managing director and chief executive of Tigers Realm Coal, he spoke to Lou Caruana 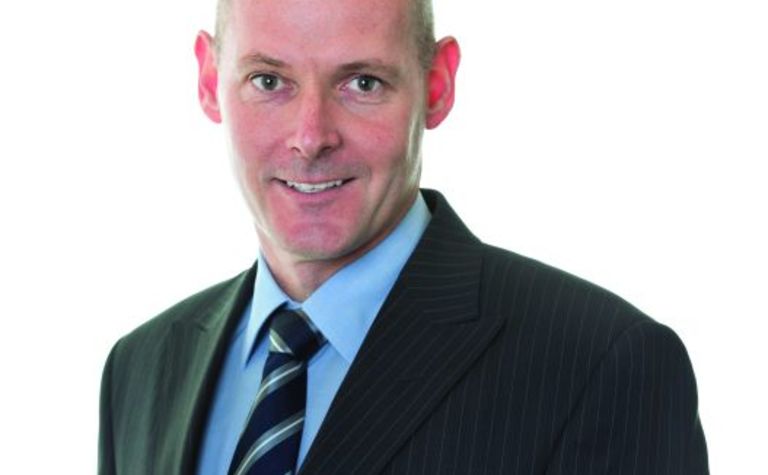 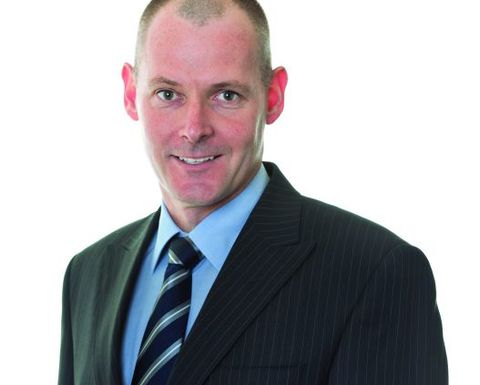 Australian Longwall: Can you tell us a bit about your background?

Martin Grant: I started out life as a geo and in my younger years worked with Aberfoyle exploring for base metals around Broken Hill and on the west coast of Tassie. After tramping around the bush for a number of years, I headed off to Colorado to do a masters in mineral economics.

I then spent the best part of a decade in investment banking, primarily with UBS on the resource advisory side. My first senior management role after banking was with BMA. It was a fantastic time to be in coking coal – the industry was undergoing rapid change and the company was working hard to deliver on its growth plans.

Soon after leaving BMA, I took on the CDO role at BHP Billiton Energy Coal. The work was varied and the platform global, however many of the challenges remained the same – infrastructure access and effective stakeholder engagement, to name just two. I joined Tigers Realm Coal in early 2011. TIG represented an exciting opportunity to be a part of a company with enormous growth potential at a relatively early stage.

AL: Are Asian investors becoming more aware that coal will emerge as a commodity that will grow in more demand as China progresses down the industrialisation path?

MG: The Asian investors we talk to are very bullish on coking coal over the medium to long-term and they recognise the macro level forces at play, particularly in relation to the seaborne coking coal market.

AL: Are you bullish about the outlook for minerals – even though China seems to be slowing down?

MG: I see the outlook for minerals remaining positive and that the outlook for seaborne coking coal in particular will remain very strong in the medium to long term. Yes, China is expected to grow at a slower rate this year than in the past and yes there are ongoing issues in Europe, however, in spite of all this, physical demand for commodities remains strong and commodities prices are still relatively good by historic standards.

The recovery continues to gather momentum in the US and we see positive signs from emerging economies in India, Brazil and other parts of Asia and South America. Finding and developing sources of commodity supply is very hard and takes a long time. All this bodes well for commodities in the medium and long-term.

AL: Do you think that another credit crisis would lead to another GFC?

MG: It’s likely that another liquidity squeeze would have some serious short-term impact on the global economy. However, we saw last time that governments were fast to respond in order restore confidence and order to markets. I think people received a wake-up call during the GFC and implemented behavioural changes that were necessary to minimise the impact of these sorts of shocks. Gearing levels are lower now than in the lead up to the GFC, which means we’re better placed to deal with these sorts of challenges when they arise.

AL: Tigers Realm Coal hasn’t made any investments in any Australian coal operations. Why is that?

MG: The TIG strategy is to maximise shareholder value by pursuing the best quality undeveloped coking coal assets which are infrastructure enabled or close to the coast, be that in Australia or offshore. Competition for coking coal deposits is fierce within Australia and that translates into a premium price when it comes time to buying in. TIG and its founder and major shareholder, Tigers Realm Group, saw better value and opportunity offshore. Mining is a global business and with the right approach, including maintaining strong relationships with local partners, government and community, new deposits can be developed in a manner which brings benefits for all stakeholders. Many of the people in the wider Tigers team have a significant track record in developing, permitting, building and operating mining businesses offshore.

AL: What do you think of the regulatory regime in Australia?

MG: A large proportion of Australia’s GDP, hundreds of thousands of jobs and billions in investment and superannuation portfolios are directly leveraged to the resources sector. Mining is a global business and the prices of our products are determined in the global market. It is therefore critical that our mining businesses are as competitive as they can be. Australia has a well established regulatory framework and is a great place to do business. However, there are a lot of things we can be doing better to make sure our resources companies continue to be competitive. Carbon taxes and MRRTs are not going to make the industry more competitive.

AL: Do you think the best sites in Australia have already been picked over?

The more prospective basins for coking coal are fully pegged and have been this way for more than a decade. Even for those who hold tenure over the better ground, there are a number of significant challenges for timely development, including infrastructure access, competing land use issues, availability of labour and an ever-changing regulatory landscape.

MG: TIG’s flagship asset, Amaam, is 30km from the Bering Sea coast in the Chukotka province of far eastern Russia. It’s a fascinating place and has a number of unique challenges. Amaam lies about 250km south of the Arctic Circle and, needless to say, the climate is different to what most in Australia are accustomed to. However, being so close to the coast it does not get as cold as it does in the northwest of Canada or central/Siberian Russia, where there are numerous large open cut mines operating today.

Our scoping study shows that Amaam will be an all-year-round mining and shipping operation. There is no question that the engineering design will need to factor in the weather extremes. However, the cost implications – both capital and open – are unlikely to be material. Yes, ramp angles will be lower in the pit and the washplant will be fully enclosed, but overall Amaam will be a relatively conventional truck/shovel coal mine. At the port, our studies envisage the use of tugs with icebreaking capability being used to keep the sea lane open for two to three months in the middle of winter. Again, the incremental cost of this capability is not considered material at a project level.

One factor that simplifies life for us is that Amaam will be a fully integrated project – mine, rail and port. This means that we will have complete control over the logistics chain which, in turn, means more flexibility and less operating risk.

AL: So you would prefer to work in Chukotka than Australia? What are some of the advantages of developing a project in that part of the world?

MG: Chukotka is a great place to do business. The government, both at the federal and regional level, is very supportive of regional development and foreign direct investment in mining. In the far east of the country, resources and infrastructure projects are considered to be critical for economic growth and prosperity.

The success Kinross has enjoyed in Chukotka with its Kupol mine provides a great example of what can be achieved. Over recent years, Kinross has spent approximately $3 billion on buying and developing Kupol and the nearby Dvoinoye project. Last year Kupol produced around 600,000 ounces of gold at a cash cost of less than $400 an ounce.

The tax and royalty regime in Russia is also relatively favourable: the federal government royalty on coking coal is about $US2/t, which was recently lowered in order to support the coal export industry and attract foreign direct investment. The profit tax is 20%, all of which goes to the regional government so there’s great alignment of interest.

AL: Can we expect any more projects from Tigers Realm Coal?

MG: We’re pretty busy with what we have at the moment and the principal opportunities we have for adding to the portfolio are likely to be strategic acquisitions within the emerging Bering Coal Basin. This is the larger basinal structure, which hosts our Amaam and Amaam North deposits. With our highly strategic footprint in this area, including a very favourable site for a proposed deep water port site, I envisage that our main opportunity is for consolidation of this area through selective acquisition.

This article first appeared in the June issue of Australian Longwall. 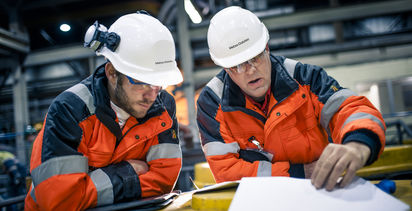 A pint with Martin Grant