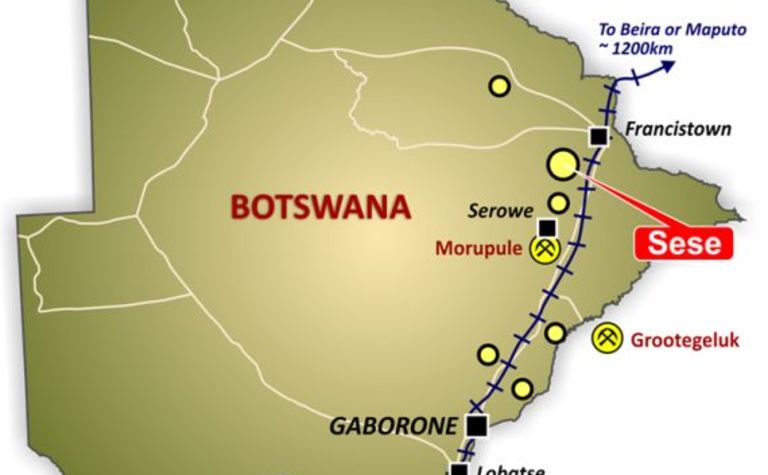 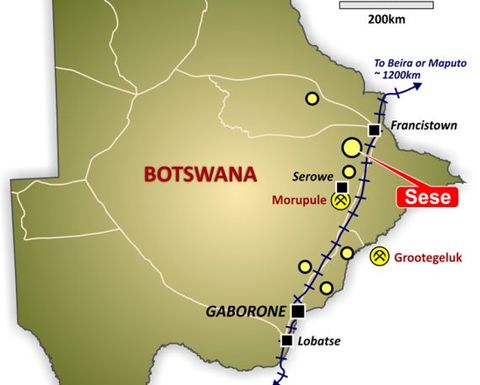 The exploration work also tallied 1714Mt of indicated coal and 152Mt of inferred coal at the site 60km south of Francistown in the eastern region of the southern African country.

The company said the resource calculation was based on 278 diamond-core drill holes and 157 reverse circulation percussion holes.

The deposit has been identified in two large blocks, one containing lower-rank thermal coal suitable for the project’s adjoining power station and another containing higher washing yields favourable for export and regional sales.

In June, the company signed a memorandum of understanding with a national electrical utility to provide power from Sese’s proposed 300-megawatt coal-fired power plant.

Feasibility studies regarding the planned Sese open-cut and power station are ongoing, as are studies to develop additional rail infrastructure for the site.

Negotiations with Botswana’s Ministry of Transport and Communications and Botswana Railways are anticipated to establish an economic rail tariff for the transport of coal to Maputo.

African Energy said Sese had the potential to be exposed to massive seaborne coal export markets in the long term if new infrastructure was developed. 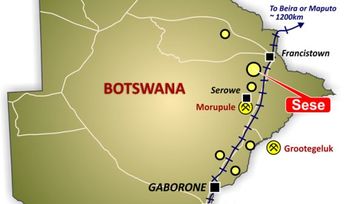 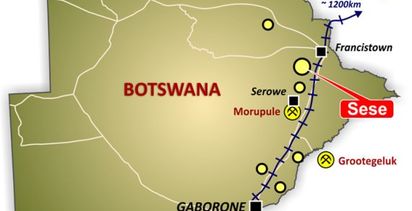