That's not a shovel. That's a shovel

OR, ANYTHING you can do I can do better. Such is the way of the big mining suppliers. 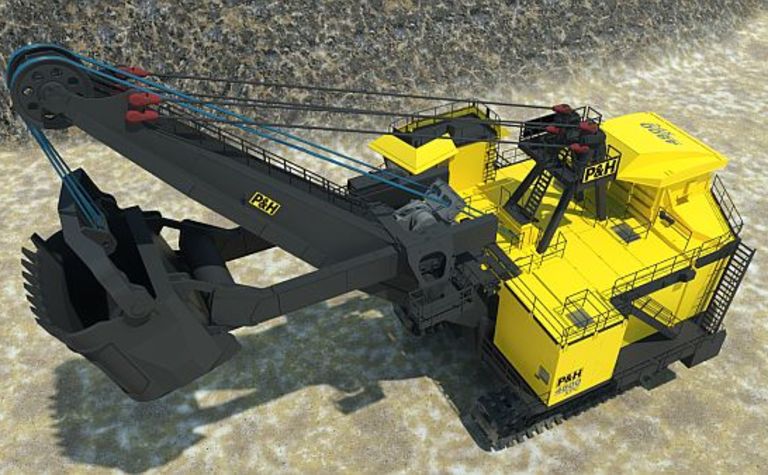 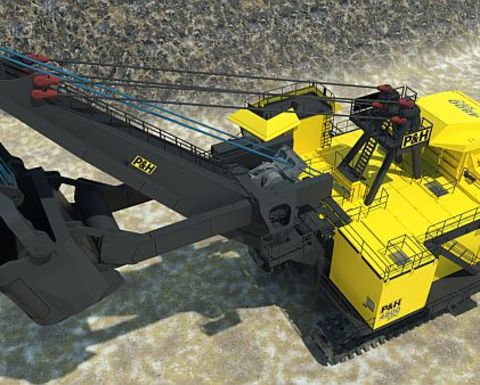 At this year’s Minexpo, Caterpillar pulled the covers from its 6120B FS that it claimed was capable of loading an ultra-class mining truck – a 363 tonne or 400 short ton in the old language payload – in three to four passes.

Joy Global introduced the P&H 4800XPC that is said to be even bigger.

It says that with its 122t payload it can load an ultra-class in three.

“The goal of this system is to enable the most efficient and productive dig cycle possible, regardless of the severity of the application.”

In addition to the Adaptive Controls the shovel feature robust machine structures and systems such as a wider boom and handle, a dipper with higher weight to payload ration and a patent pending modular counterweight system.

The company estimates a production increase of as much as 20% over the P&H 4100 XPC AC with the potential to move more than 8000t in production.

The first machine will be placed in a mine in the fourth quarter of 2013.

Of course Caterpillar can come back with several arguments. It says its machine also can load one of the mega trucks in three passes – but that does depend on the material.

Big Yellow also can point out that its machine is hydraulic and therefore operating in a different division.

The P&H 4800 XPC is an electric shovel while the Cat 6210B FS does not require an extension cord.

Updates designed to boost reliability and allow the machines to operate in extreme temperatures. 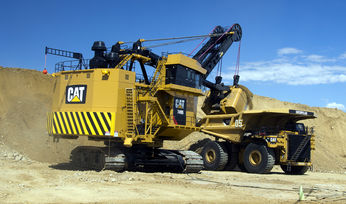 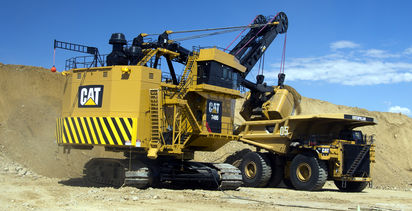