FORMER Massey Energy subsidiary president David Hughart, charged last month with two counts of conspiring to impede a federal investigation following the Upper Big Branch mine disaster, will enter his plea in a hearing next month.

According to an Associated Press report, Hughart, who is cooperating with the US Attorney’s Office in its investigation of the April 2010 West Virginia explosion, will appear on January 16 before US District Judge Irene Berger in Beckley, West Virginia.

A spokesman for US Attorney Booth Goodwin, who has jurisdiction over the region where the mine is located, offered ILN no fresh comment on the hearing date, referring instead to the official’s comments from November 28, when he confirmed Hughart’s charges.

In that statement, Goodwin said: “Miners deserve a safe place to earn a living.

“Some mine officials, unfortunately, seem to believe health and safety laws are optional. That attitude has no place in the mining industry or any industry.”

Goodwin alleges Hughart and others at Massey conspired to violate health and safety laws, then concealed those violations by warning mining operations when MSHA inspectors were coming.

He said the alleged criminal conspiracies involved not just Hughart’s Green Valley group, but also other Massey mines between 2000 and 2010.

Hughart is the highest ranking official charged in an ongoing federal investigation of Massey and faces up to six years behind bars.

The criminal investigation was sparked by the Upper Big Branch mine explosion on April 5, 2010, that killed 29 miners.

Hughart’s charges arise from an investigation by the Federal Bureau of Investigation, the Department of Labor Office of Inspector General and the Internal Revenue Service Criminal Investigation Division.

Counsel to US Attorney Steve Ruby and senior litigation counsel Larry Ellis are handling the prosecution.

Alpha Natural Resources, which gained the Massey mines through a merger in 2011, is cooperating with the process.

Date for appeal hearing yet to be set. 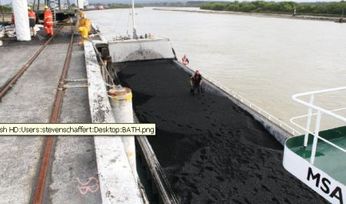 New Acland application gets its day in court