TECHNOLOGY that can help Australia’s underground mines save millions of dollars as they seek to upgrade existing communications infrastructure has won early endorsement from two mine operators in South Africa.

Launched at last year’s MINExpo International show at Las Vegas in the United States, the Flexcom CMTS high-speed data networking technology was developed by Canadian company Mine Radio Systems and US telecommunications group Nortel Networks. It is being marketed in Australia by Tasmanian-based MRS Pacific.

Flexcom CMTS had been designed to complement existing leaky feeder systems so that mines did not have to replace existing infrastructure.

"In short, CMTS gives mines the ability to transfer high quantities of data over existing leaky feeder cable by simply replacing the system amplifiers along the data routes," Munn said.

"Conventional Flexcom devices can still be used in areas requiring only voice communications or low-quantity data transfer with standard VHF radios maintained throughout the system area.

"The trend at the moment is toward broader use of existing infrastructure such as leaky feeder for multiple tasks other than voice such as data transfer, which is illustrated by the number of mines embracing remote telemetry units for fixed station monitoring. CMTS takes this to the next level."

Western Platinum’s Karee mine and BHP-Billiton’s Gloria colliery are the first two South African mines to opt for the MRS technology. The supplier claims to have at least two further South African orders in the pipeline.

The Karee platinum mine, 80km north of Johannesburg, is employing CMTS for voice communications, man and vehicle tracking, video monitoring of conveyors and ethernet 10/100 BaseT communication with PLCs and computers installed underground.

Gloria is using the system for voice communications, and conveyor monitoring and control. It is also establishing comprehensive environmental, waterflow, electrical reticulation and continuous miner monitoring systems on the back of CMTS.

"CMTS gives mines the ability to transfer high quantities of data over existing leaky feeder cable by simply replacing the system amplifiers along the data routes," he said.

"CMTS utilises TCP/IP ethernet protocols for data transfer, allowing the integration of PLCs - the majority of which are now available with embedded ethernet controllers - and web cam video directly to the leaky feeder system and then onto the mine’s local area network and even a company’s wide area network or intranet."

Munn said due to current difficulties being experienced at Australian mines with certain types of leaky feeder cable, MRS was limiting the cable type it recommended for CMTS upgrades to BICC leaky feeder cable. 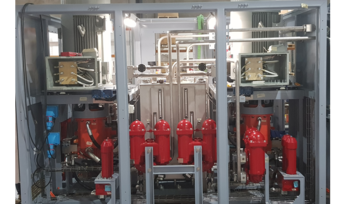 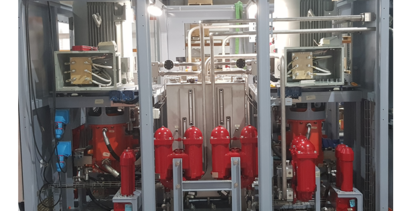