MICK is one of those people that almost everyone in the industry seems to know. From humble beginnings as a mining engineer he now heads CSIROs exploration and mining division as mining manager.

After graduating in 1978 with a mining engineering degree Kelly started out as Miner, Planning Engineer, Research Engineer and Undermanager at Cook and Leichhardt for BHP. By 1985 he had completed a Masters Degree in Rock Engineering while working as drainage engineer at Appin colliery which he left in 1989. Various engineering roles followed, at Oaky Creek and Cook collieries. In 1993 he joined ARCO’s Gordonstone mine to undertake mine feasibility studies and remained as operations engineer till 1994. He joined CSIRO in 1995 and is now mining manager, CSIRO Exploration and Mining

Favourite hobby is family camping – finally sold the tent and bought a camper and go out at least once a month. Also a bit of tennis (bad), golf (even worse) and touch football (getting slower).

MK: In my second year at Uni, I was awarded an ACA scholarship that paid for books etc and arranged vacation employment. At the end of the second year I worked at Trapper strip mine in Colorado and the third year as a miner at South Bulli. I had previously worked underground at Mt Isa for 12 months. I was hooked on underground mining and the opportunities in the late seventies in coal were enormous.

MK: It’s funny, I don’t see myself as a scientist. I’m still a Mining Engineer who is working at the sharper technical end. Why CSIRO? I’d worked in the industry for 17 years in some hard environments –eg the outburst conditions at Leichhardt, the gas situation at Appin and the geotechnical issues at Gordonstone and other CQ mines. I felt that the operators did not have the tools to respond to some of these issues and that I could initiate work to better support sites through CSIRO than from within an operating mine.

ILN:What area of research gets you excited about the coal industry?

MK: Who would have thought we would be coordinating an effort to automate longwalls in Brisbane, Australia after failed attempts in England in the 60’s, the US in the 70’s and in Europe in the 80-90s, and we look as though we are going to succeed. There are many areas of coal research that researchers in Australia are leading the world and we need to keep this technical edge going for Australia’s edge in the export market.

A current and future bit of research that is very exciting is a fully integrated geotechnical assessment and ground control package from exploration to rehab. We have started on this and it essential not just for safety and productivity, but for community relations.

ILN:What is the most important research project completed in the history of coal mining?

MK: Probably not one project, but the effort that has occurred in gas control in mining that started in Europe and the US and was advanced so well in Australia by Alan Hargraves and Ripu Lama.

ILN:What do you rate as your most important piece of research and why?

MK: There are three bits that I have been proud of and they have all been team efforts: In the eighties I initiated a project into longhole drilling – NERDDC gave us $1M and Appin supported the project with double that amount. We drilled the first 1km guided hole in Australia and a lot of the longhole technology in use today can be traced to that one project.

When I first joined CSIRO, I led several projects in Longwall Geomechanics. The outcome from 13 site studies has revolutionised our understanding in this area and I hope will be the basis of better industry understanding and management plans.

The third is on automated bolting. In a risk adverse industry, sending guys under semi supported roof to handle drill steels and roof bolts should be consigned to history. Self-drilling bolts and automated feeding and bolting systems are our future. The ACBM is a work in progress and may not achieve everything in the first instance, but I hope it will be the basis of future trends in the way the longhole drilling has been.

ILN:Who, or what, has most influenced your research career?

MK: What has most influenced me most has seeing (and in some cases being involved in) the harsh situations that we put miners into when things go wrong. Digging out maingate and face equipment, seeing gas levels at the stage where there are multiple trips every shift, watching very skilled miners trying to support a lip of a fall with hand-held bolters. No-one wants these situations and technology development is a part of the answer.

ILN:What area of longwall research should funds be allocated to?

MK: Automation for longwalls and roofbolting,

Geotechnical assessment and control and dust and sponcomb control.

No surprises here but I think we are about 1/3 down the path of finding solutions and applying them into common practice.

ILN:What were your university days like – any drinking records to speak of?

MK: None that I can remember!

ILN:Do you think there is an education and skills sourcing crisis in the mining industry?

MK: Of course, but we are doing very little to arrest it. 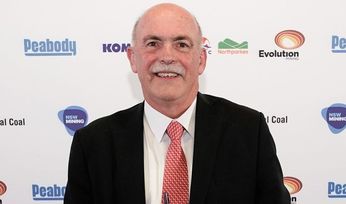 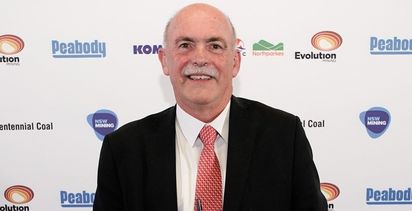