KNOWN for his dry English sense of humour, Martin Watkinson has worked in longwalls in various countries around the world in a range of operating and consulting roles. He began his mining career with the National Coal Board (later British Coal) in 1976 as an engineering trainee. 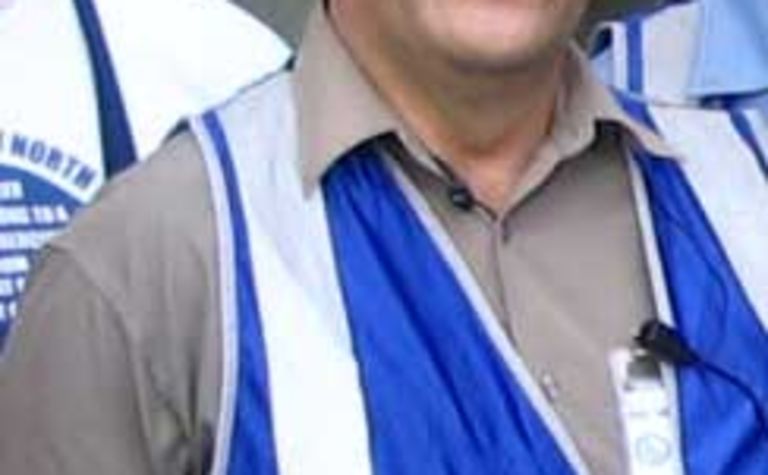 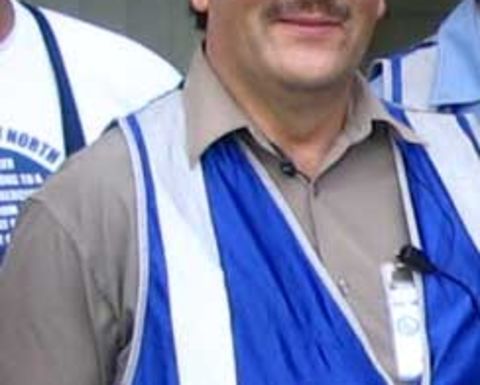 He was able to satisfy his yen for travel when he joined International Mining Consultants in 1990. Assignments took him to India, China, Tanzania, Vietnam, Iran and Russia before emigrating to Australia in 1997. He was appointed senior mining engineer at the Anglo Coal Moranbah North mine during the period of face development and installation, moving to North Goonyella mine as technical services manager during the sale period form Sumitomo to RAG/Thiess.

In 2001 he joined Safety in Mines Testing and Research Station (SIMTARS) as principal mining engineer and has been involved in the Level 1 Emergency Exercises, research into diesel engine performance and consulting work on ventilation and safety management plans.

Watkinson says with six young children at home it is difficult to find time for a hobby, but spends most of his time with the children and their horses as well as keeping his 1969 MGB on the road: “Someone once said to me why did you buy a two-seater car when you have six children at home? I replied that is exactly why I have a car with only have two seats.”

MW: Initially mining was a broad-based engineering degree and it gave me the chance to travel. (My mother did not want me to go to sea because it was too dangerous.) I also enjoyed working at the coalmines and the camaraderie of the workforce and that is why I am still in the industry. The other factor is the humour of all of the men I have worked with. To quote Len Franks Undermanager Fryston Colliery in 1977: “mining is full of kicks and they are all in the ******* teeth”

MW: Peckfield colliery at Micklefield near Leeds in 1973, I eventually returned as undermanager.

MW: Face overman on night shift, you were able to get on with the job with no interference.

MW: Undermanager at English coal mines. You were the meat in the sandwich and everyone used to shoot the messenger. Although this was also one of my better jobs at Wheldale Colliery.

MW: The colliery overmen and face overmen of Kellingley and Wheldale that I worked with as a young undermanager. You had the opportunity to learn from their experiences and knowledge. I also worked with Percy Simpson mine manager of Kellingly Colliery.

MW: Automation of coalface equipment coupled with improvements in reliability and production capability.

MW: All mining records are dated, but we did manage to retrieve 10 shields in 1 week from 29’s face at Ackton Hall Colliery. You had to be there to understand. I was also part of the IMCL team at GDK10A (Ramagundam) in India advising the Mine Management on Longwall Systems; the mine broke the Indian daily weekly and monthly production records; full credit due to the Indian workforce and management.

MW: We had a party of priests and vicars from the local community in the Selby district visiting my longwall and they were on one side of the brattice whilst I was using some French expression on the other. One advantage of coal mining is you can always bury/hide your mistakes.

MW: When the rib and roof collapsed on 8’s face at Kellingly whilst I was on face training, fortunately no one was hurt. Timbering cavities was always interesting.

MW: Having to bring the body of my workmate Christopher Stanniforth back from India (GDK10A Ramagundam) to the UK. Chris was the youngest member of the team (35) and he died of heart attack.

MW: Not until there is an automatic shovel. In good ground conditions automation is the way to go. It is impossible for a shearer driver to accurately control a shearer-drum position at 4.5m hight travelling at +10m/minute. His reaction times are not good enough; the same is true at 2m height. A consistent roof is required to get the optimum performance for the shields; this is where automation real helps. There are also benefits of removing personnel from the respirable dust.

MW: Optimisation of production by analysis and utilisation of the information that is available.

I would also like to see the underground coal mining industry embracing the developments and systems from other relevant industries such as metalliferous mining and tunnelling. We are all too conservative in our approach and tend to stick to the ways we have always done it.

Miners to get pink vibrators 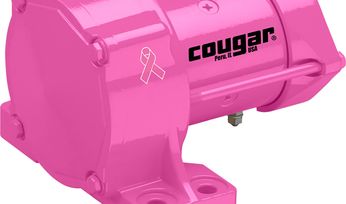