THE current longwall super at the Oaky No 1 longwall mine in central Queensland, Paul Bryan, was 16 when he started his career in mining as a trainee at Ollerton Colliery, Nottinghamshire, UK. 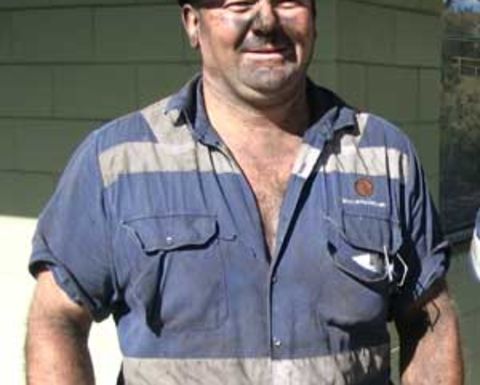 He worked as a coal face worker and was appointed a deputy on his 23rd birthday, going on to work as coal face deputy until Ollerton Colliery closed in March 1994. Bryan went on to Welbeck Colliery working as development deputy, then development overman and later the colliery overman. He left Welbeck in May 2002 for Australia and started at the Baal Bone Colliery, NSW.

After Xstrata’s takeover of MIM he was asked to go to Queensland to work at Oaky No1 as longwall super.

ILN: What made you choose mining as a career and who was your biggest influence?

PB: As a young boy I used to listen to my dad. He would tell old mining tales over and over until you knew them off by heart - in his day they had it hard, but he must have truly loved mining. My dad gave some very good advice early in my career but sadly he passed away in 1993.

PB: Even though I love the job that I do now, being colliery overman at Welbeck Colliery in the UK was my favourite job. It had a lot ego and presence and living up to your peers with the job. It took me a couple of years to realise that’s not the best way to go.

PB: Working at Oaky Creek and all the work we have put into frictional ignition. Not much work had been done towards frictional ignition since the mid to late 80s. Also the CAR drums, getting 100% clean air into the cut - this is not our invention, but I think we are the first to try it. The infared methane monitors on the shearer are another first and they do provide almost real time sampling.

PB: Longwall 18s at Ollerton Colliery. As a young deputy I was thrilled to have my own brand new district. We spent three years on an advancing coal face and advanced about 1200m. We would have roof fall after roof fall, and spend weeks pumping cavities and putting people in dangerous situations. When I look back now it was not very well managed

ILN: What do you see as being the best mining improvement and where should it go?

PB: Coal mining is very far advanced these days to what it was, even in my 21 years in the industry. God knows what my father and his generation would think… The job needs to be made easy and automation is the key. In this day and age you cannot expect people to go home absolutely worn out day after day.

The new age longwalls are getting to their power limits at 3.3kv so I think very soon we are going to seriously think about going to 6.6kv or 11kv.

PB: As a young full of life deputy at Ollerton colliery. The previous shift had pulled up not taking the shearer through a roof fall. The overman said "see what you think and go from there” and having successfully caught the roof on several occasions I decided to cut through this fall. Needless to say about a third of Nottinghamshire fell in, the AFC was unable to run for about nine days (spot loaded) and it took us about a month to get going again.

Biodegradable, non-toxic glycine for precious and base metals processing. 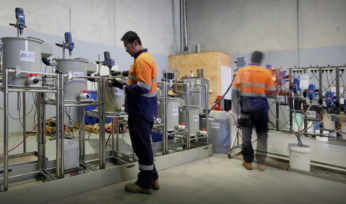 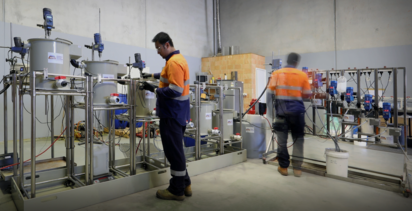