MURRAY Energy founder and chief executive officer Robert E Murray fixated on two key items on Monday night before a large crowd in southern West Virginia – mine safety and how federal regulators serve more to thwart industry efforts than contribute to them. Donna Caudill reports from the Bluefield Coal Symposium. 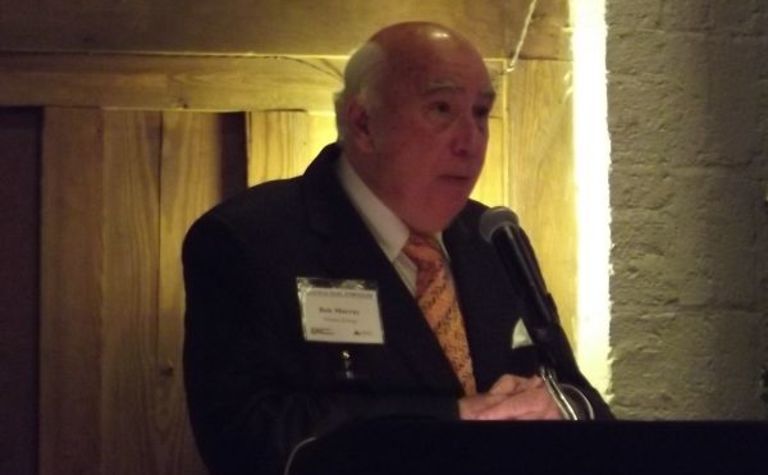 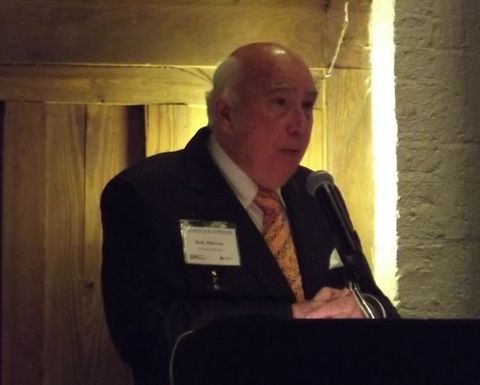 Never one to mince words, Murray said the theme of the three-day gathering, “Further Along the Road to Zero”, was even more elusive because “our industry is being destroyed by our federal government”

“On the way to zero what?” he asked from a podium following a symposium opening dinner.

The coal executive, entering his 55th year in the industry, quickly confirmed he had personally inspected all 22 of the company’s continuous miner sections and all five longwall units at every Murray Energy mine within the last two months – some of them more than once.

“All 3298 Murray Energy employees know that when I talk to them about their safety, we talk about absolutely nothing else until we have exhausted the health and safety subject,” Murray said.

“Nothing else takes priority to their health and safety in my or their lives, ever.

“I repeat every week that ‘no pound of coal is ever worth getting someone hurt over’.”

Despite the mining community’s wish to reach that zero goal, the 72-year-old said it was not as far along that road as it should be.

He also said he knew who was responsible for that lack of progress.

“I lay much of the blame on some companies and managements, the federal government, some politicians – usually Democrats – and the United Mine Workers of America, the latter two of which have often politicized and publicly demonized coal mine management,” Murray said.

He added that those folks “sometimes thwart the health and safety of our coal miners, rather than contribute”

As far as the US Mine Safety and Health Administration was concerned, his voice bellowed loudly through the hall his one-word description – “distraction”

In fact, Murray, always passionate about the major industry issues, grew louder and more pointed as his attention turned to the agency.

“They have, to a far too great extent, taken away the management of our mines and have often become a distraction to our salaried and hourly folks in achieving and developing the best possible mine safety for all of our employees and in our inspection for possible dangers to them,” he said.

“The dictation from MSHA and particularly from Washington on virtually every priority and move we make in the mines takes away supervisory time and directs our attention to what our government officials believe should be our priorities and these regulations are often wrong.”

However, he noted it was often the coal company held totally and completely responsible in those cases.

While operators had to take responsibility, Murray said federal enforcement was “often misdirected, as well as distractive”, which at the end of the day did not yield the best possible miner health and safety.

Inexperienced federal inspectors were also no help in the issue.

“Since Barack Obama became president, the penalties to our subsidiary mining companies by these inspectors have been reduced by 47 per cent on appeal,” Murray revealed.

“This MSHA record, wrong nearly half of the time, will not get us to zero.”

Those mistakes create additional distraction to the industry and leave the burden of appeal to the mine.

Murray took issue with MSHA’s rules to live by, asking why mines were asked to focus on nine key regulations while another 1000 went ignored at the same time.

He said some of the agency’s recent outlines represented more government distractions.

Pattern of violations, for example, is an “overreaching proposal” and is a violation by MSHA of the Mine Act of 1977.

“Due process has all but been eliminated here by the federal government’s ignoring the requirement that only final adjudicated citations and orders be considered for POV review,” Murray said, adding that, with a 47% rate of inaccuracy, those wrong citations were then part of the POV evaluation and subsequently skewed those results as well.

“Of course, we support enforcement actions against those who actually flout the law.”

Additionally, with regard to the examinations rule that went into effect last week, the focus on only the key areas of safety as well as the regulation’s design is yet another distraction that will have consequences to operators and examiners.

“It impacts the manner in which examinations are conducted and recorded and correction action taken [and] will give rise to potential increased liability for operators and their examiners,” he said.

Murray Energy previously had a company-wide policy involving the safety department at each site, along with corporate staff, to regularly conduct internal health and safety audits.

That program, Murray said, was extremely instrumental to improving safety at the company’s operations.

In fact, one of his mines is currently topping 1300 days without a lost-time accident and one of his preparation plants recently marked 700 days incident-free.

However, the “burdensome and distractive overregulation” by MSHA has resulted in the discontinuation of the program.

“At one time, these regulations were considered a benchmark to the world,” Murray said.

“Today, after major mining incidents or situations that lend themselves to headlines, critics, including many Democrat congressmen, the United Mine Workers, some college professors and MSHA itself set their aim on what they often portray as uncaring, money-hungry coal operators and support or promote quotas, politics, criminal penalties and adversarial enforcement of ineffective new regulations.

“Hopefully, the election on November 6 will result in the unemployment of President Obama and many of his Democratic supporters, so that we can really accelerate our efforts ‘Further Along the Road to Zero’.”