New Maryland mine gets final approvals

THE Casselman underground project, set to become Maryland’s largest active deep mine, has overcome environmental opposition against coal mining underneath a river after receiving the final state permit.

According to the Associated Press, owner Maryland Energy Resources, a subsidiary of Pennsylvania operator Joseph Peles Coal, received the approval late last week from the state’s Department of the Environment.

The Maryland Department of Natural Resources initially had concerns for the potential harm of two state-endangered fish species downstream from the minesite.

The Casselman mine has been planned next to the large Casselman River, with portions of its travelways tunneling beneath the waterway.

The agency withdrew its objection with a permit outline limiting Casselman’s discharge to 144,000 gallons of water per day, more than 30% less than the 500,000 gallons MER sought, and resulted in the water discharge permit approval.

Should the rate be exceeded, the news service said, the DNR will prompt the DNR to further evaluate potential harm.

Also under the permit, the operator must continually monitor the pH and flow from the mine, and take temperature readings hourly from May 15 to September 30.

It also mandates quarterly biomonitoring, and passive water flow out of the mine is prohibited so that acid mine drainage can be avoided.

An MER spokesperson did not immediately respond to an ILN request for comment.

Despite the positive move forward for the mine, it maintains strong opposition from environmental groups as well as nearby landowners.

One neighbor, Steven Putman, told the AP that he has documented sediment runoff into the river from Casselman’s construction work on two occasions.

"Clearly, this issue warrants immediate action on the state's behalf to protect this river," he said.

“It is our assertion that this permitee lacks the experience and stewardship commitment to protect the river from the adverse affects of their mining operation."

Casselman, located within a 3000-acre property south of Grantsville, could realize 360,000 tons per annum for 20 years.

Peles and MER said last year that they planned to tunnel underneath, but not actively mine, four waterways: the north and south branches of the Casselman River, the main stem of the Casselman, and Spiker Run as an equipment and personnel entry.

The state’s Department of the Environment is ordering the operator to check for stream flow changes and water levels each quarter as well as construct diversion ditches and settling ponds to collect and treat mine water.

Peles told media previously that the company anticipated a three to five-month window from permit approval to operations commencement.

The plan and associated modelling has been reviewed by four state and Commonwealth regimes. 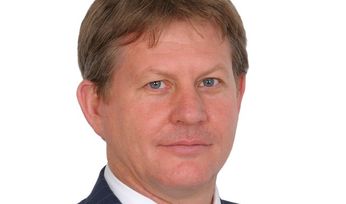