US junior's win to reinvigorate sector

METALS Finance’s successful over-subscribing of its $3.7 million share issue to fund developments in the US (of all places) and Canada is a shot in the arm for a mining industry crippled by a “shocking” 2014, according to the company’s managing director.

Metals Finance is on track to become a US coal producer, seeking to capitalise on what it sees as a “strong domestic US economy” and improved forecast metallurgical coal demand next year.

The Sydney-based company’s shareholders backed its acquisition of Texas and Oklahoma Coal in October and it expects to start trading on the Australian Securities Exchange as Pacific American Coal by January 2015, if not by the end of this year.

Last Friday it announced its $3.7 million share issue was oversubscribed, which will be used to buy a 30% stake in Georges Colliers – which owns and operates the P8 mine in Oklahoma – with the option to up its equity to 80%.

The money will also help fund a feasibility study to expand the mine, conduct initial exploration on its tenements in British Columbia and secure leases in Oklahoma and Colorado.

While much negativity has surrounded the US coal scene with President Barack Obama’s “war on coal”, Metals Finance managing director Mark Sykes said his company has not affected by these measures as its existing customer, the large local power station, had already retrofitted its operations to meet all new, stringent emissions requirements.

The company said its investment in the P8 mine would bring first coal sales in 2015. Sykes confirmed that the Oklahoma assets would focus more on the domestic and European markets, while the Canadian assets would tap the company into Asia.

While Metals Finance’s immediate opportunity was to leverage off its customer’s localised purchase portfolio, with emphasis on buying Oklahoma coal, Sykes said the big leverage is metallurgical coal.

“The coal at P8 is a low-volatile PCI (pulverised coal injection) coal and while they sell that thermally, you can actually use it almost as an ‘in-between’ – what the old-timers would call ‘foundry coal’ – and sell that to a depleted market in that southern region of the USA where they’ve been affected by the shutting down of the Central and Southern Appalachia operations,” Sykes told International Coal News.

With security of cash flow from the existing contracts in play, the company is well placed to benefit from North America’s economic resurrection. But the real story, according to Skyes, is the benefit for the wider mining community, especially those at the small end who have copped it in the neck of late by investors’ stick of poor returns.

“It’s these small little wins that make people think, ‘is something coming back here?’ We’re certainly seeing it,” Skyes said.

“It certainly wasn’t easy and it was a tough market to crack, but for some good quality assets, people are still interested in mining.

“The industry in general will hopefully leverage off this, because this is a win for the industry that’s had a shocking 2014.”

Process produced a rare earth oxide powder that was more than 13% in weight. 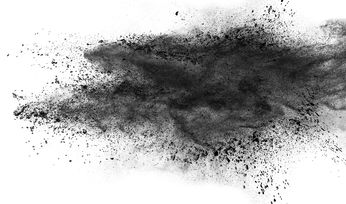 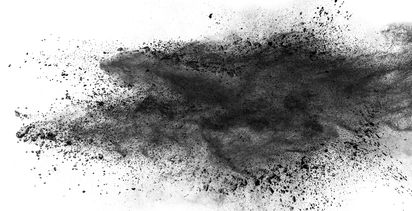