AS CLINE Mining’s New Elk coking coal complex moves towards commercial coal production, the producer has restructured its management and made appointments into key areas of its business.

The management plan is to recommence production within the first half of 2009, initially at an annual rate of 500,000 tons of clean coal in the first stage.

Cline plans to increase production up to the present plant design capacity of 3 million tons of clean coal per annum in three years, officials for the company said.

It also plans to re-install a rail line from the preparation facility to major US carriers that can transport the planned output to domestic and international steel mills.

According to Cline’s estimations, New Elk contains about 315Mt of in-place coal which is compliance with the Canadian National Instrument 43-101. The property’s review, which was completed by consultant Behre Dolbear, is available for public evaluation.

The capacity of the complex’s preparation plant is 550t per hour. The property also features silos and a rail load-out, outbuildings, mining equipment, conveyor systems, electrics and surface real estate. The underground workings, which have an associated permit and coal waste dump, feature portal access from the plant site.

As the company moves towards production, it has made appointments to its board of directors and management teams of Cline as well as New Elk Coal Company.

John McCulloch will now serve as director, Ernest Cleave will fill the seat of vice-president (and will still remain CFO of the company) and the corporate secretary will now be Alana Kelcey.

Former Cline director Kai Knotsch has resigned, a decision the company said was “consistent with the acquisition by Mitsui Matsushima International Ltd of the Cline shares previously held by ThyssenKrupp MinEnergy GmbH”

On the board now at New Elk are Bill McKnight as chairman, new vice-chairman John McCulloch and a pair of directors in Ernest Cleave and Paul Phillips. Cline said it plans an additional selection of a Colorado-based board member for New Elk.

“McCulloch and his team were instrumental in assisting Cline with the developmental work involved in identifying and acquiring New Elk,” officials noted.

In addition to New Elk Coal, Cline holds more metallurgical property in British Columbia, Canada. The company’s total measured, indicated and inferred coal resources between Canada and New Elk are reported to be more than 800Mt. 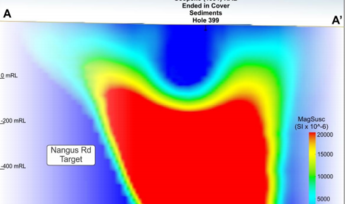 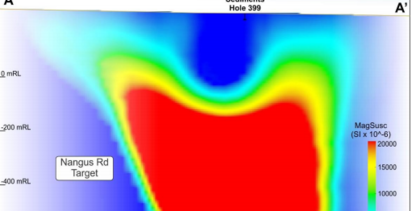