MINING could become very different very quickly when the ravages of the COVID-19 crisis finally start to ease. 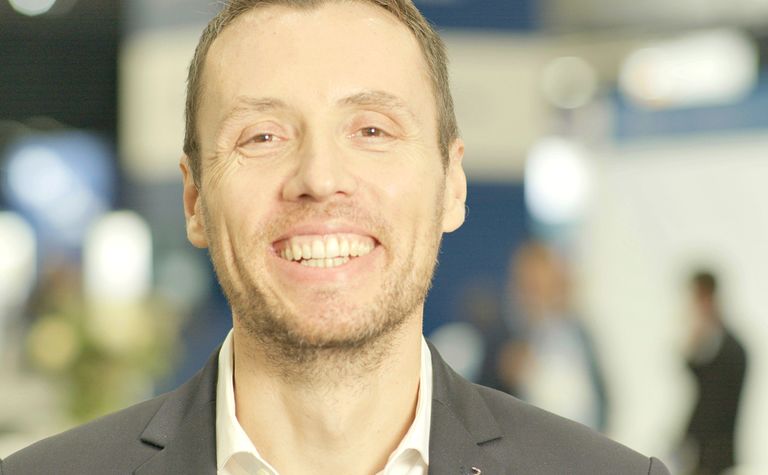 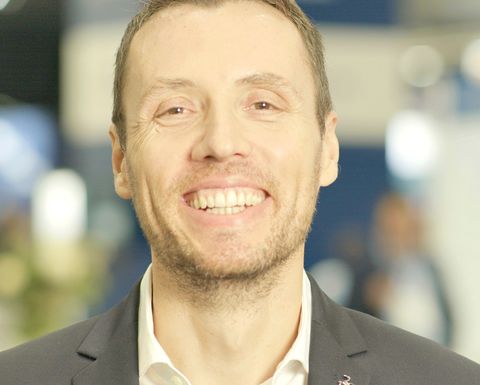 Thomas Grand believes there is a good opportunity for miners to make some radical changes.

That is the view of Dassault Systemes vice-president energy & materials Thomas Grand.

He believes the massive changes the COVID-19 crisis has forced on society will make it far more amenable to accept change.

The sort of change he sees coming into mining is through miners becoming more sustainable, agile and decommoditised.

However, Grand warned that there would only be a small window for these types of changes to take place. Leave it too long and he believes the temptation to go back to business as usual may be too great.

"The COVID-19 crisis is highlighting one of the features of the human psyche in that we struggle to prepare until we encounter the real challenge," Grand said.

"This has been an ongoing discussion around sustainability and climate change."

Grand said the fact the COVID-19 crisis had been instantaneous and global had opened everyone's eyes.

"After this COVID-19 crisis resolves in a few months from now there will be an opportunity to go beyond what has been the pace of decisions around sustainability," he said.

"We have the ability to react stronger and faster across industry.

"What does that mean in the mining industry?

"We've been working and getting ready to help transform the mining industry to become more sustainable throughout its entire operations. We've been getting ready for this for the past two decades.

"This crisis is likely to be a catalyst for this transformation that we've been preparing for.

"The key outcome is that I believe this transformation will be much faster than we've anticipated.

"Instead of taking two decades, it will take just one.

"Some of the transformations people are contemplating will take one generation of workers to complete will likely be more radical."

Grand said that could be both an opportunity and a threat for miners.

"After this COVID-19 crisis the world will realise even more we must change the way we consume products," he said.

"Cars are driving 5% of the time. What happens tomorrow when we decide that we have to use cars better? Thanks to autonomous driving cars will be able to take care of people all through the day. There will be fewer cars driving more. Less demand for raw materials."

That may be a threat to the mining industry.

However, better use of technology could turn that threat into an opportunity.

As that happens though, a lot of thought will need to be given to the human side of the equation.

Grand believes the revolution coming will revolve around finding the paths that use the fewest materials.

"What it means for us all is that we have to get ready to transform the way industry works much faster than we originally did," he said.

"We'll have to put humans at the centre.

"The changes will be violent. We will have to take care of our people."

Grand said there would be a window of opportunity to start putting these changes into place once the COVID-19 crisis was resolved.

"Once we go beyond this window of opportunity we will be back to normal," he said.

So what does this revolution mean for the mining business?

So what does that actually mean?

Grand said that would involve getting a better understanding of what the customers want and providing it to them directly.

"As other conditions come into play, geographical diversification and decommoditisation will become a part of the strategy," he said.

"Decommoditisation to not only manage the bottom line by lowering the breakeven point but to also manage the top line."

Grand said this decommoditisation had already occurred in other industries and it was time the mining industry caught up.

"Thirty years ago, 40 years ago when we started our business a car was a car and a plane was a plane," he said.

"Over the course of the past decade we've been helping our customers build a value track and a resilience track.

"We've decided to bring this paradigm of helping companies decommoditise into the commodities industry.

"Combining a technology innovation business and a an ability to plan for the long term, it's extremely powerful."

While mining is a key market - Dassault Systemes owns the Geovia mining software business - it is probably better known in the infrastructure industry.

"We mainly serve EPC [engineering, procurement and construction] companies doing project design and development and then we have operators," Grand said.

"EPC companies always sell the same thing. They're building the mine or the processing plant.

"The traditional way of doing this business is that the operator issues a call for tender. EPCs answer, offering pretty much the same thing and then the operator chooses the cheapest.

"Now they are starting to change the way they tender."

Grand points to McDermott, which is trying to change its relationship with its customers.

"What they also offer is a radically different way to collaborate with the owner-operator," he said.

"During the development stages of the project the owner-operator know where the project is at any time.

‘The collaboration between the EPC and the owner operator is driven by the data in the EPC.

"The relationship has changed to where it becomes two companies working together to develop an asset.

"The traditional way's relationship ends at the handover of the facility. In the new way the relationship continues. The EPC stays involved in the latter stages of the project.

"That is one way to decommoditise what happens in the world of engineering and construction."

But how can a commodities business that produces metal be decommoditised?

"A number of mining companies realise there is a mounting pressure to not only sell ore but to also sell the origin of the mineralisation and tracking it through to the customer," Grand said.

One example is Clean Mining, a company that has taken CSIRO thiosulphate processing technology and created a brand out of it.

Grand said he had heard about the point of origin and tracking approach being applied in the cobalt industry.

"For this to happen you have to create a full transaction chain at every stage of the life cycle," he said.

"That way you can show you don't use cyanide or that you don't abuse workers.

"The first way to decommoditise is to sell on origin, even if you sell on bulk.

"Our view is you soon won't be able to do business without that."

Beyond that origin or labelling approach, Grand said miners could also look to differentiate on the way they blended their ore, offering Rio Tinto's Pilbara Blend iron ore as an example.

"The intention of the large mining players we talk to is to pursue this possibility of selling their products with fine granularity and move away from bulk," he said.

"That could mean dealing with one steel mill to get the blend of iron ore they want.

"It may also mean going into vertical integration and delivering not only minerals but also semi-finished products for further transformation."

That is an approach others have suggested, particularly as a way of reducing Scope 3 emissions from mining. Those are the emissions created by the further processing of ore.

Grand said there were different nuances to the approach.

"It can be working off grade or it could be going further into vertical integration," he said.

Collaboration could be an alternative to vertical integration.

"In the battery industry there are a number of players along the value chain collaborating across a vertical platform as if they were one vertically integrated organisation," Grand said.

Grand believes Dassault Systemes can play a particular role in a collaborative vertical integration approach through the platform approach it is taking to its business.

The company made a name on selling discipline-centric scientific and production software.

Instead of concentrating on those discrete software product sales it has shifted its focus to linking them to build a platform.

Grand likens it to an enterprise resource planning software approach being applied to the operational side of the business instead of the financial and support functions.

"If I'm a mining company and I want to put in place an origin complying methodology so I can certify the quality of the ore I'm selling in terms of human rights compliance and environmentally friendly processing I will need to put in place a platform where all the different specialists can collaborate and create a virtual audit trail," he said.

"If we take the process of producing small batches of specialised products it will happen by being able to create an operating system to allow the different specialists to create the given batch at the given grade at the right time.

"It's the same story with ‘vertical integration' between mining companies, chemical companies and battery makers.

"Here the different disciplines that collaborate will not belong to the same company but to different companies collaborating vertically to become vertically integrated."

Grand said the Dassault Systemes platform approach was aimed at phasing the physical world into the virtual world.

"It helps the CEO and the chief financial officer make decisions," he said.

He said the aerospace industry went down this platform approach for its technical and scientific software systems 10 years ago. 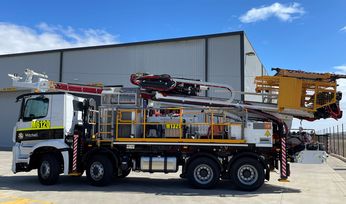 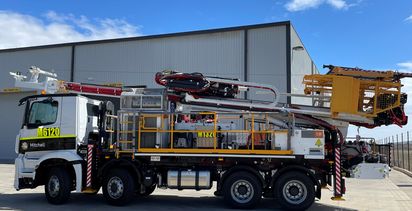