WHILE restrictions brought in to help stop the spread of COVID-19 in Australia and globally have caused some headaches, major equipment makers seem to be managing well. 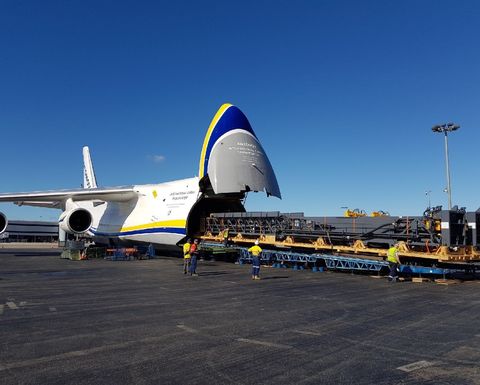 Airfreight has become much more expensive and harder to get.

Western Australia has probably gone the furthest in its efforts to prevent COVID-19's spread, instituting an unprecedented hard border closure.

It has also restricted movement within the state's boundaries. The state has been split into nine regions and people are restricted from travelling outside the region they live in. That prohibition does not extend to mine workers or freight, however, there is increased bureaucracy to contend with.

That has stopped all but freight and essential people being allowed to enter the state from elsewhere.

One thing in the mining industry's favour is a lot of its goods come in via sea freight and that is not being restricted.

However, if something needs to be airfreighted in a hurry that can be problematic - and expensive. Airfreight lead times are running at about 25 days into Sydney and 18 days into Perth and the costs have risen six-fold.

For major equipment manufacturers and dealers such as WesTrac, Komatsu and Epiroc the WA hard border closure has not proved too much of a problem given much of their equipment arrives by sea.

It usually takes more than 14 days for the freight to arrive by sea - not that pieces of equipment are required to self-isolate.

On arrival those pieces of equipment have to undergo a thorough clean too.

On the demand front, most large equipment suppliers have full dance cards for the next year and beyond and some still have orders coming in.

WesTrac CEO Jarvas Croome said equipment was still flowing and WesTrac was not experiencing problems getting sea freight in or moving freight within the state.

"We can even move freight between states," Croome said.

"The only difference is there is not as much air freight volume available.

"For some things we used to air freight we're road freighting."
Croome admitted that took longer, however, both WesTrac and its customers were adapting.

"We carry a fair bit of inventory anyway," he said.

"The system adjusts. There's a fair bit of capacity. I think people underestimate just how much capacity there is in the system.

"No-one rings up and says they want 100 trucks tomorrow. But if I had to put my hands on a couple of trucks I can."

Then factor in a couple of weeks to assemble the trucks.

"We have 28 trucks in the yard for delivery over the next few months," Croome said.

"We just delivered a big 6090 [excavator] and have another couple being built.

"The miners need that stuff on site to mine the dirt and move it.

"I still have orders for delivery in one, two, three-year's time.

"For me it's not like much is changing. If the mines are still operating and the iron ore and the gold is still required, it's business as usual."

He said WA's hard border closure policy had not affected Komatsu because it had a major facility in the state and 90% of its support for WA mining came out of Perth or the Pilbara.

Taylor said Komatsu had been heavily involved with the Minerals Council of Australia's supply chain subcommittee that helped the MCA formulate its guidelines to help miners deal with the COVID-19 crisis.

"It's a bit like how the industry tackles safety," he said.

Komatsu formed a supply chain crisis group when the COVID-19 crisis first started to bite, interrogating both its domestic and international supply chain.

"We found it hard to find any weaknesses," he said.

"In the past three weeks we haven't found anything internationally and we've gone out to 250 local suppliers with 37 questions. Overall the responses coming back are mostly positive.

"The government seems to be supporting mining quite strongly."

Like WesTrac, Komatsu has a lot of equipment on its books that is still to be delivered.

"We have about a one-year backlog," Taylor said.

"On top of that we're still getting new orders."

For Epiroc, demand for its parts and services has been especially strong.

"We had fortunately just opened the new high tech distribution centre in Perth with a larger stock holding capacity and more efficient despatch," he said.

"In Australia, to safeguard the availability and the supply of consumables, spare parts and other essential products in order to support our customers we are working with our logistics partners to ensure logistics capacity.

"Epiroc also has a global task force working on this."

However, Browne said the global impacts on travel of the COVID-19 pandemic had created transport and logistics problems.

"With the cancellation of airline flights our costs for air-sea have tripled, while air only has gone up six times and airfreight lead times are now 25 days into Sydney and 18 days into Perth," he said.

"We currently have all our distribution centres operational. Any breakdown issues that require urgent shipment will be prioritised.

"We see that governments and authorities are taking increasingly stern actions in many countries to limit the spread of the virus.

"Temporary closures of some manufacturing facilities in Italy, India and South Africa are not expected to dramatically impact Australia and all our other manufacturing operations are still running."

Both Croome and Taylor said it was far too early to tell whether the COVID-19 crisis would affect demand going forward.

So far the major miners are going ahead with their multi-billion dollar iron ore expansion projects in WA and their customers still seem to want what they are selling.

"Because our equipment is so critical to them earning their income and with the Australian dollar where it is, it's pretty positive for them," Taylor said.

"Our discussions with the big mining companies have been very positive.

"They are telling us to keep going full steam ahead.

Croome said WesTrac had felt the need to look for more people to deal with the work it had on and any hiccups that winter may bring.

The company is recruiting 250 WA workers to fill mechanical and auto-electrical roles.

While some of that has been driven by the fly-in, fly-out restrictions imposed on WA, Croome also sees it as a means to protect the business from the increased sick leave that often comes with winter.

WesTrac has also beefed up its apprenticeship programs to help alleviate any skills shortages.

On the parts front, Croome said there was a period where demand for parts fell off quite considerably.

That went on for a couple of days.

"When we dug into it we found that was when all the major miners started to work from home," Croome said. 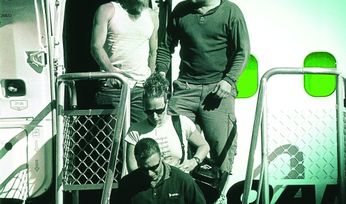 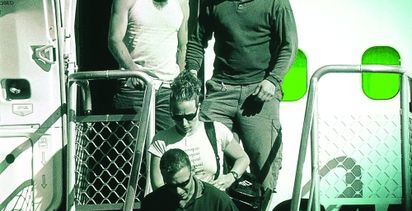