JOHN McIlwraith looks at one of Australia's great mining dynasties, the Hancocks, in this extract from an article to appear in the December edition of the Australia's Mining Monthly magazine. 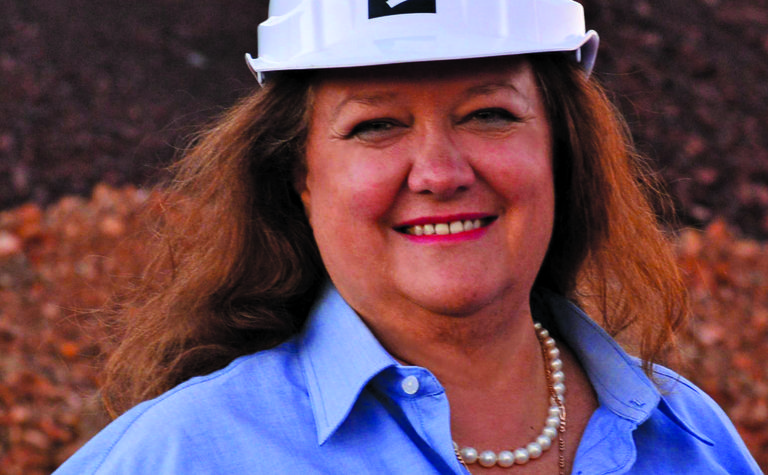 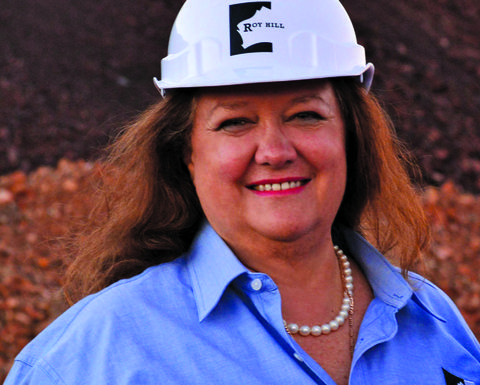 Their story, now spanning two generations, could be a history of the modern Australian mining industry, beginning in the years when there was a bizarre ban on iron ore exports – there was little of the mineral in Australia, apparently – to the current position in which it is one of the two giants in international trade, so important that when its price fell sharply in recent times, it shook the budgets of federal and state governments, and  damaged the economy.

The Pilbara iron ore industry has been a major contributor to the emergence of China as one of the two dominant economies.

Lang Hancock and now his daughter Georgina, more usually known as Gina, Rinehart have played major roles in this transformation.

When Lang assumed the role of prophet, declaring to an incredulous Australia that the Pilbara would become a major force in world resources, it was his tireless proselyting, his badgering of ministers and company chairmen, which led to the early breakthrough.

His campaign would not be cited in manuals of slick public relations practice – he was often blunt, undiplomatic, and impatient with the glacial speed of government decision making.

His partner Peter Wright often had the role of peacemaker in negotiations with companies and governments.

Gina, who has presided over a massive increase in the reach of the family company, has much of her father’s direct style and impatience with bureaucratic barriers.

She is also the patron saint of lawyers with an almost constant stream of litigation.

A lawyer involved in some of disputes estimates that the documentation involved in just one of the issues Gina has pursued would be the equivalent of several million pages of material.

However, the core of the Hancock story is the determination father and daughter have demonstrated in building an iron ore industry – and more recently a coal industry – for half a century.

Lang Hancock’s flights across the Pilbara are the stuff of legend, how he flew along a gorge in the Turner River, the sides of which were clearly rich in iron ore. So too was his tireless lobbying to have an absurd ban on ore exports lifted, endless feuding with governments.

The core of the family’s fortune is a royalty of 2.5% paid to Hancock and Wright on the sales, not the profit, on any mineral sold by what is now Rio Tinto. The early prospect for this arrangement was, strangely, manganese.

One tenth of the partners’ receipts were paid in turn to Stan Perron, a wealthy businessman in his own right.

No-one could have foreseen the flood of money that would flow to these men, and their families, when the agreement was signed in 1959. How any of this occurred is buried in company records. Strangely, later on no-one was particularly keen to take responsibility for it.

There were some difficult early years when the partners received more income from the Hamersley Iron project, as it was then known, than did the shareholders.

Nor did anybody foresee the spectacular increase in iron ore sales that brought the families wealth beyond anybody’s imagination.

Early suggestions were that all the projects to be launched in the Pilbara might yield 20 million – even 30 million tonnes of ore a year.

These days that volume is dropped into the holds of ore carriers today in a few weeks.

The legendary Tom Price deposit, one of the richest ore bodies in the world, was found by two prospectors working for what later became Hamersley Iron, Bill Burns and Ian Whitcher.

Lang, ever the prospector, had pegged many areas in his own right but there were long disputes with the Western Australian government over tenure.

The close relationship between father and daughter has had a strong influence on Gina.

As a child, she parked her bicycle next to her father’s Jaguar, perhaps a piece of unconscious symbolism.

Lang, in turn, made every effort to raise her for the role of head of the empire.

As a young woman she was expected to deal with questions from the media, often about complex financial matters.

Lang’s second wife and Gina’s mother Hope, who died in 1983, strengthened the bond with his daughter.

She remembers his dedication to the mining industry, recalled in a recent rare interview when the Roy Hill project was nearing completion.

“Once he got some royalty cheques he didn’t go off and buy a mansion in Switzerland or a pretty yacht or something like that,” Rinehart said in the interview.

"He was always trying to do that little bit more to go from just being a royalty person to a part-owner. He got his money and dumped it in holes in the ground."

Gina’s apparent remoteness, her uncomfortable relationship with the media, disguise the fact that she quietly contributes considerable sums to charity – so reticent is she about this, that it is difficult to find the identity of the recipients.

Nothing can diminish her achievement at Roy Hill.

One of Australia’s best known businessmen, John Singleton, was close to the Hancocks, and is grateful for the help he received from Lang when he was a young man. He regards Gina almost as a sister.

"She took her dad's big dreams and made them big realities," he said recently. 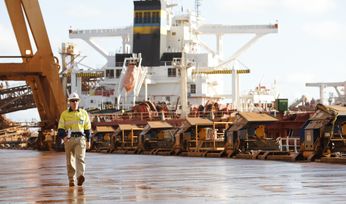 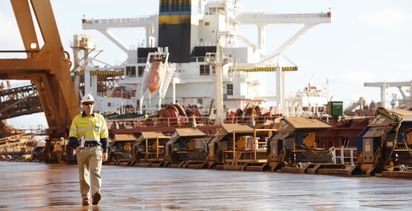