ORICA has officially launched its wireless electronic blasting system WebGen100 delivering what the explosives company says is a step-change in in-hole initiation and a step towards automating drill and blast operations. 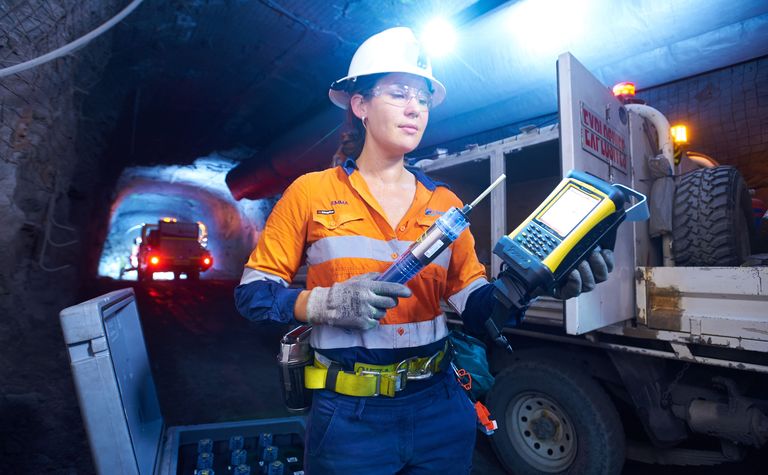 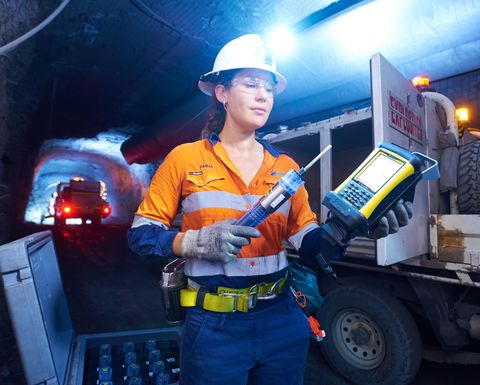 An Orica operator with a WebGen initiator.

The system uses a system that allowed the signalling of nuclear submarines even while they were hundreds of metres below the ocean.

The first generation of the wireless electronic blasting system is not intended to replace conventional initiation systems. Rather, it is just another tool to address existing industry challenges.

It was initially designed for underground applications. That said, work is afoot to apply it to surface operations too.

The technology is designed to deliver significant productivity gains, fewer misfires and eliminate the need to re-drill.

The wireless system provides for groups of in-hole primers to be wirelessly initiated by a firing command that communicates through rock, water and air.

This removes the constraints often imposed by having to have a physical connection to each primer in a blast.

This is basically what is used to communicate with submarines below the waves and also in personal emergency device systems used in underground mining.

Such PED communication is one-way from a large surface transmitter to receivers carried by each miner underground.

With WebGen the signals are generated by a transmitter and received by each primer prior to a blast.

The primers are encoded with their group ID and delay time just prior to charging.

This data is “stored” in the primer and detonator respectively.

The primer goes into standby mode soon after charging, where it wakes up every few minutes to check for a wake-up signal.

If a blast is planned a wake-up signal goes out to all primers.

They are then synchronised and, if in the group to be fired, go into armed mode.

The firing command is a second unique signal adding an additional layer of security to the system.

“The WebGen 100 wireless blasting system not only improves safety by removing people from harm’s way, it improves productivity by removing the constraints imposed by wired connections and, importantly, is a critical pre-cursor to automating the charging process,” he said.

“The entire industry is moving rapidly towards an automated future and the introduction WebGen signifies that we, Orica, are serious about being a big part of this automated future.”

Two production trials were conducted recently to validate the benefits of the technology.

The first took place at the Glencore-operated Ernest Henry Mine.

That is a large sub-level cave operation in northwest Queensland.

During the trial 30 rings were pre-charged with WebGen well in advance of the cave and then initiated from mine control on the surface.

WebGen removed the need for mine site personnel to work near the brow to hook up the blasts and also demonstrated that lost brows would not remain a production risk.

The system was easily integrated into Ernest Henry’s existing method of operation with no misfires or production delays.

Ernest Henry Mine underground mining manager Aaron Harrison said the safety benefits of the system were a big plus.

“We saw that wireless blasting would remove our people from working in or around cave draw points and draw point rills, and the trial proved that this significant risk encountered in all sub level cave mines around the world could be eliminated,” he said.

“Conventional initiating systems reduce but do not eliminate all risk, the primers still need to be hooked up for firing, so exposure to the hazard at the brow remains,” he said.

“In addition, the potential to damage lead wires or shock tubes in the adjacent ring remains a significant risk.

“The WebGen wireless initiating system directly addresses these risks as there is no physical connection required to fire the primer.

“WebGen blasting in a sub level cave operation results in safe and reliable pre-charging of rings, which allows an operation to move more ore per shift and lower the cost per tonne of ore.”

Thomson said Orica was also applying its wireless technology to other applications in block cave development and pillar blasts.

“In addition, a wireless starter detonator is set to be released to eliminate the safety and security risk of using electronic detonators to initiate a face,” he said.

“The system will reduce mine clearance time windows and increase productivity.”

In a second production blasting trial at the Musselwhite Mine in Canada, five temporary pillars were pre-charged using WebGen primers.

The pillars were later blasted without the need for backfill and rework for access.

Thomson said faster recovery of all temporary pillars increased the speed of advance in the mining sequence, improving overall productivity.

He said Orica planned to conduct further trials in Chile and Scandinavia in coming months.

A SIL 3 component running continuously is classified as having a safety critical failure less than one in 100 billion devices. This is the highest level that can be practically achieved for a commercial blasting product.

While the production trials have showed what the technology can do, Orica believes this is just the beginning for WebGen.

It is working to produce a wireless primer specifically for surface mining that will deliver greater flexibility to the open cut mining sector.

This is a key step towards full automation of the drill and blast process across the surface and underground mining sectors.

Keeping an eye on the slurry pipe has become easier. 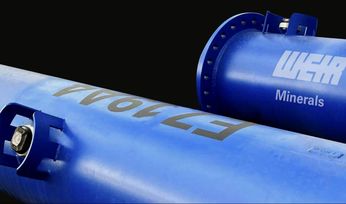 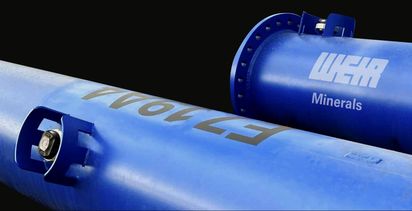