AUSTRALIAN Vanadium has enlisted the help of Metso Minerals in the US for the next phase of the pilot plant for its namesake project in Western Australia’s Murchison. Conceptual image of AVL's proposed mine

This drilling was done to further define the structural model.

Australian Vanadium chief operating officer Todd Richardson said the crushing plant would most likely comprise a series of crushers and a semi-autogenous grinding mill, and a magnetic separation circuit.

At the proposed processing plant, which will be built near the Mid West town of Mullewa, work is being done on the roasting step in conjunction with the work with Metso.

Richardson said the roasting step would use grate kiln technology.

He said the company was working with Metso to create a processing route to improve vanadium recovery and plant efficiency.

On the drilling front Australian Vanadium managing director Vincent Algar said the targeted work resolved an area of structural complexity between the 17 and 20 resource blocks.

Drilling results confirmed the consistency and high-grade of the project's massive magnetite horizons, with the highest assay result returned grading at 1.44% vanadium.

Algar said the processing of new drill information supported further conversion of resources and confirmed the size of the project and the company's ability to extend the project life.

He said the mining lease application was expected to be granted by WA's Department of Mines, Industry Regulation and Safety once a mining agreement is signed with the Native Title group, which was well-advanced. 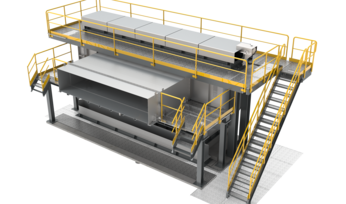 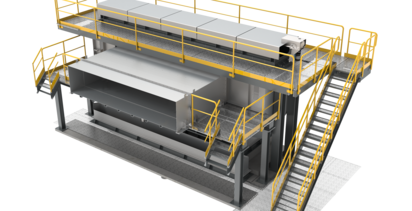