WILUNA Mining is teaming with underground mining contractor Byrnecut for a five-year spell to develop and refine the long-term mine plan at the Wiluna mining complex in the Yilgarn region in Western Australia’s northern Goldfields. 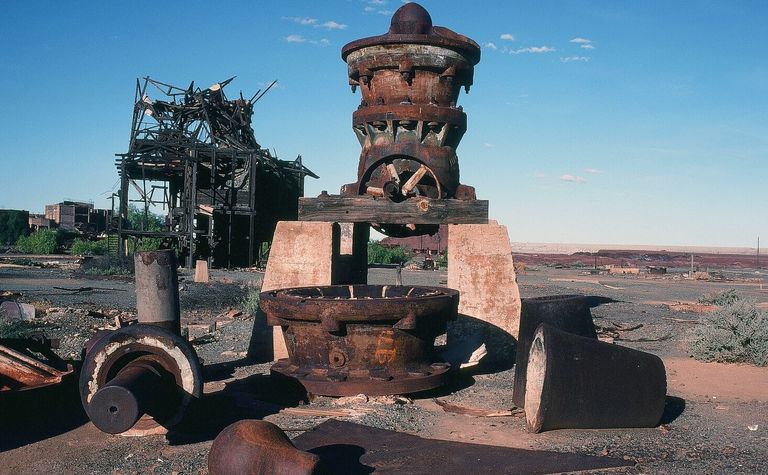 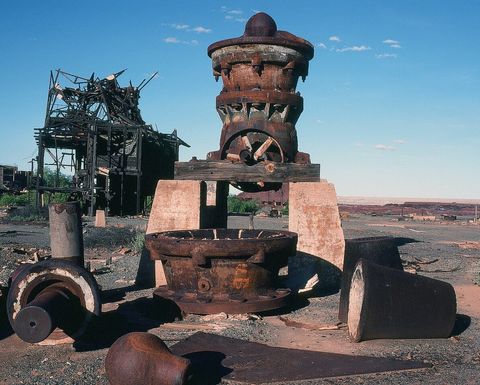 Ruins of the old Wiluna mine circa 1982

The historical Wiluna mine was established in 1897.

Current owner Wiluna Mining has produced more than 4 million ounces of gold from Wiluna's 20 open pits and three underground mines, based on resources of 93 million tonnes grading 2.13 grams per tonne gold for 6.4Moz.

The complex includes 100km of underground development and five declines.

As part of a three-year, staged development plan Wiluna Mining wants to treat gold ore through four processes, including through the existing 2.1 million tonne per annum carbon-in-leach process plant on site.

The company will also use a 750,000tpa flotation and concentrator plant, which is to start construction this month, with commissioning scheduled for October.

A gravity circuit will be added to the process plant and a tailings retreatment plant will be built.

Once all the infrastructure is installed and commissioned Wiluna Mining expects to produce about 250,000 ounces per annum.

While most of the gold will be produced as a concentrate, Wiluna Mining Complex will also process a small amount of gold doré.

As part of the alliance Byrnecut will be responsible for developing and mining underground at Wiluna.

Wiluna Mining executive chairman Milan Jerkovic said there were great synergies and efficiencies as well as cost and capital benefits in the alliance.

"It provides, with a great degree of confidence, that the underground development and ongoing mining will be executed with the highest standard of efficiency, safety, timeliness and profitability," he said.

"We look forward to working with Byrnecut to transitioning the Wiluna mine, once again, into one of Australia's biggest and most profitable gold mines."