THE drums, the drums. They are calling. I answer, approaching the old steamer trunk bequeathed to me by a distant ancestor. Peering in I see an ancient scroll etched in Sanskrit and behold the document spoken of with great reverence within the family: Dyson’s Almanacke. 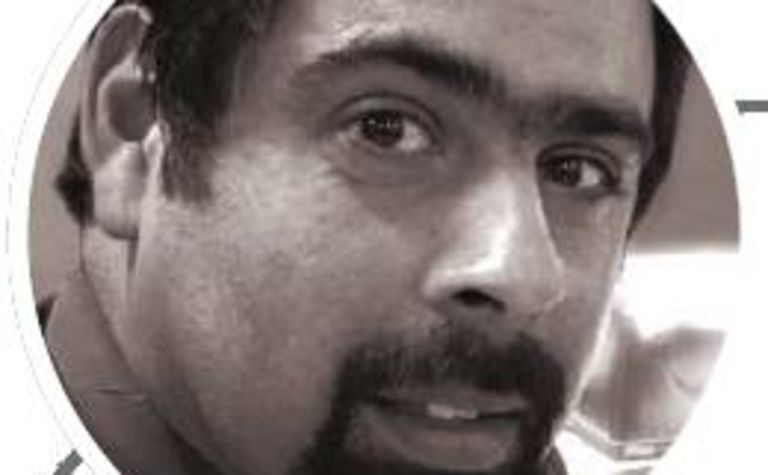 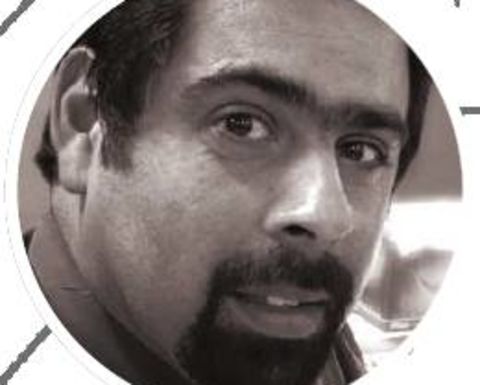 I brush aside the detritus of decades and finally answer the question of where that TV remote ended up before pulling the scroll from the trunk. The drums stop and the writings glow.

I carefully unfurl the scroll that seems to be stained in the blood of my ancestors - or maybe some cleanskin red - and find I can read the writings it contains.

Australia continues to open up, except for the hermit kingdom of Western Australia. Behind its heavily fortified boom gate the kingdom's diggers continue to dig up the rust that is keep the nation's economy going.

Emperor for life Mark McGowan decrees that his measures are working and the people should be thankful.

Around the nation cricket is played except in WA, which has given up because all its teams have gone elsewhere to play.

In the east New South Wales ruler Dominic Perrottet casts his eyes westward and proclaims that all the west's GST shall be redistributed to him. It's a story we've all heard before.

Temperatures soar into the 40s around much of Australia, although Tasmania's peaks get a nice dusting of snow.

In the US Joe Biden tries to remember who the Australian prime minister is so he can try and sell him some more submarines.

Andrew "the Twig" Forrest announces a dozen hydrogen deals with a host of third world nations most people have never heard of.

McGowan decrees the borders can open again. Staff the kingdom's diggers had been screaming for a finally allowed to pass the heavily fortified boom gate. The diggers continue to power the economy.

Unfortunately several thousand of the state's doctors and nurses flee, seeking asylum in other states.

In the east the coal diggers are continuing to bank more money as Asian economies ramp up their coal buying. Nobody seems to notice.

In NSW Perrottet still covets the WA GST, even though his own state's diggers have delivered him record royalties.

ScoMo, the man from marketing who speaks in riddles and tries to run the country, is heard to say "how good is coal?".

In Queensland Matt Canavan resigns from parliament so he can start standing sentry duty on Bravus coal trains.

BHP announces it has entered the Energy Vault. All the power at its mines will be generated by falling bricks. True, they are very, very big bricks, but essentially, they're bricks.

Weeds start to grow around the heavily fortified boom gate on the WA border. The people are happy and McGowan basks in his greater popularity.

Queensland, meanwhile, decides it will be the place where batteries are made.

Premier Annastacia says the state is full of all the materials needed to provide power to the world.

Funnily enough, when she lists all those energy producing materials the state mines coal does not make the list.

ScoMo is heard to scream "how good are battery minerals?".

McGowan slams the boomgate down again to protect WA from another virus - federal politics. ScoMo and Albo are stuck at the boomgate. McGowan's popularity soars.

ScoMo shakes his head and mutters "how good are boomgates?". Albo starts to say something but nobody stays awake long enough to hear it.

Palaszczuk says Queensland has tripled its supply of battery minerals.

Somebody asks her about coal. "What's that?" she asks.

ScoMo replies: "How good is the GST?".

The nation votes. ScoMo says "How good are elections?" Albo says … something.

When the counting is done it turns out the Australian people are sick of both ScoMo and Albo and there is a surprising swing towards Jacquie Lambie because she's been the only one to make any sense. Yes, it is a low base.

Given she's a Tasmanian and a senator this causes something of a constitutional crisis, that is solved in an 11th hour power sharing agreement between her, ScoMo and Albo. In the spirit of détente Lambie agrees to be referred to as Lambo. That leaves Australia to be run by Lambo, Albo and ScoMo.

Biden asks to speak to the new Australian prime minister, that nice young John Howard he met a while ago.

In the west the rust diggers continue to ship their products to the Orient.

Alongside those shipments are record amounts of lithium and copper and nickel is starting to shift at alarming rates too.

The tax collectors start to rub their hands together at the thought of all the coal royalties they are going to reap. Sadly, they seem to be the only ones who seem to remember the black stuff actually exists.

Palaszczuk says Queensland has become home to billions of tonnes of energy producing metals. She still can't remember what the black stuff was called.

In New South Wales deputy premier and Nationals leader Keith Poole decides to shut several coal mines and turn them to horse studs. The news is met with tired resignation by a coal mining sector that has felt largely ignored since the man they call The Toole took over. Horse breeders rejoice saying their slogan "don't scare the horses" has paid off yet again.

The share prices of Lynas and Pilbara Minerals start to exceed Tesla's.

News that Twiggy has signed 100 hydrogen deals has people reaching for their atlases.

George Christensen, shivering through a freezing Far North Queensland winter, decides the time has come for him to head to the US to pursue a fresh career as an alt-right shock jock and Instagram influencer.

Barnaby Joyce bids his former loyal lieutenant well and casts around for another suitable candidate to fill the role.

Perrottet continues to pursue his GST cut while Toole shuts down several more coal mines to prevent them scaring the horses.

Macron makes a snap visit to Australia to see if Lambo might want to buy some submarines or helicopters. Lambo says no.

Bob Katter rides a crocodile into parliament. Nobody really knows why, least of all the croc.

The weather cannot decide whether it is winter, summer, autumn or spring. Melbournians announce they have not noticed any difference.

Toole looks for more horse studs and farmers to support.

Perrottet declares that WA's rust royalties should all be redirected to NSW.

That gets Palaszczuk excited and she starts talking about all the energy the resources bounties her state delivers but still can't bring herself to use the four-lettered "c" word.

Spring has sprung, followed by winter, then summer, then autumn. Melbournians still can't work out what all the fuss is about.

Both major Australian religions - AFL and NRL - prepare for their holiest of days.

Lynas and Pilbara Minerals decide to lodge a joint bid for Tesla, saying their market caps have become so great they can fund the deal out of petty cash.

Palaszczuk takes this as a sign that Queensland's time to be an energy powerhouse has come.

Somebody mutters a four-lettered "c" word and Palaszczuk storms out.

In Canberra the Lambo-ScoMo-Albo triumvirate declare it might be time to think of Australia as a resources powerhouse. Just Joshing agrees, saying they should perhaps look at better taxing the mining companies, softly singing under his breath "R.S.P.T. find out what it means to me".

In the background Peter "the Potato" Dutton can take it no longer and starts working the numbers.

Bob Katter appoints the crocodile he rode into parliament deputy of the Katter United Party. Albo, Lambo and ScoMo open up diplomatic relations with the crocodile because they can at least understand its motivations.

Dutton also opens diplomatic relations in his effort to get the numbers.

In the west the rust diggers declare they are close to establishing a direct land route to China with some of their pits turning up artefacts from the Ming dynasty.

With the deal successfully done Lynas and Pilbara Minerals reward their employees by giving them a brand new Tesla each.

Just Joshing rubs his hands together as he slaps the luxury car tax on the vehicles, saying this is another way he can tax miners.

The top of Uluru disappears under a dusting of snow.

As the rust pits in WA get deeper China starts digging from the other side to try and cut the Australian rust diggers out of the equation.

Lambo-Albo-ScoMo launch a diplomatic protest because Just Joshing has not yet found a way to better tax the rust diggers yet.

The horses in the Melbourne Cup jump. The winner is … damned blood/wine stain.

The scroll is thrown away in disgust at this poor turn of events. It rolls back to my feet and unfurls itself to uncover its most disturbing messages yet.

Twiggy says he has signed 1 billion hydrogen deals. When the numbers are crunched it is realised that if all of that hydrogen is produced, it will fundamentally change the composition of the earth's atmosphere.

That is not the worst news though. Indeed, it is one of the lesser-known signs of the Apocalypse. So rare, in fact, it is not even referred to in the Book of Revelation. But it is written. The scroll tells it in black, white and cabernet red: The potato shall rise!

Dutton gets the numbers and rolls Albo, Lambo and ScoMo.

Katter's crocodile is named deputy Prime Minister. Barnaby complains but after a short discussion with the new deputy PM retires to lick his wounds.

From the US Christensen lauds the way things have turned out in Australia, firmly reaffirming that climate change does not exist.

In Queensland Canavan rides a snow mobile up to the side of an Adani train to resume his patrol.

This mining is a hard game 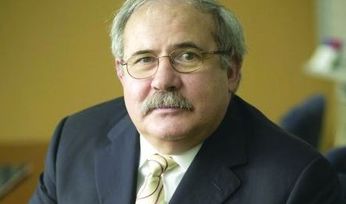 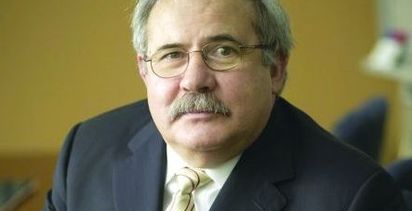