THEY look like something from a science fiction film but a range of drill rigs capable of working on salt lakes or extremely muddy surfaces is proving their worth. 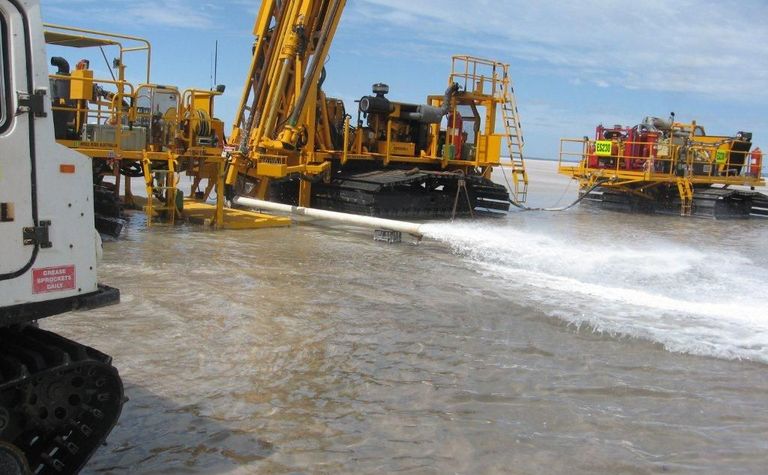 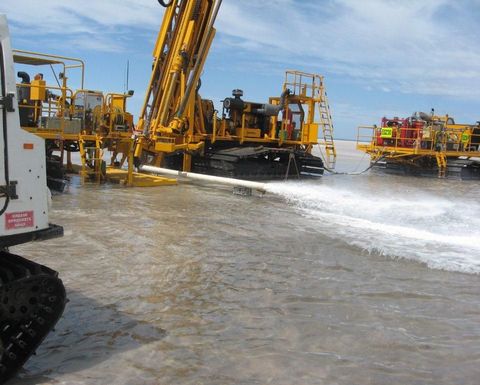 One of Ausdrill's lake walker reverse circulation drills. The white vehicle in the foreground is the personnel carrier.

Nicknamed lake walking machines, the rigs allow drilling for potential mineral deposits to be carried out in lakes and other locations with a deep mud covering.

The lake walkers are designed and manufactured by Ausdrill subsidiary Drill Rigs Australia at a facility in Canning Vale in Perth’s southern suburbs.

Riding on their super-wide tracks the rigs have a 53sq.m footprint. This minimises the pressure they exert on the lake surface.

Their footprint is about 90 times what an average car has on the road via its tyres.

They are already being used on salt lakes in the Western Australian Goldfields. There Ausdrill is conducting drill campaigns for the likes of Goldfields and AngloGold. So far exploration drilling has been conducted on both Lake Carey and Lake Lefroy.

S2R Resources, the spin-off from Sirius Resources, is after these sort of rigs for to drill out its Baloo deposit.

S2R managing director Mark Bennett said the company planned to spend about $1 million drilling out its Baloo gold deposit he hopes could be a company maker.

The company hopes to have a resource drilled out by February.

However, one of Baloo’s challenges is that it traverses salt lakes and Bennett postulated that some special equipment would be required.

These lake walkers could have been just the thing.

Unfortunately, all of Ausdrill’s lake walkers are spoken for.

Ausdrill general manager Brian Mann said the company had used its lake walkers to do some of the initial drilling on Polar Bear and Baloo but had to return them to their work for Goldfields.

The secret to the lake walkers’ operation is their 2.2m wide tracks that stop them sinking into the mud.

The tracks could be wider but that would make transporting the rigs to site harder. The moment the rigs go beyond 5.5m wide the low loader carrying the rig requires a police escort.

“The rigs weigh up to 25t each,” DRA general manager Eddie Banner said.

“A traditional drill rig would sink straight into the mud.”

Ausdrill has been developing equipment over the past 15 years to access the salt lakes around Kambalda to look for gold deposits.

There have been a number of attempts at getting drill rigs out onto the salt lakes.

One approach involved the use of a “hovercraft” type platform. Another is the construction of temporary causeways to move conventional drill rigs out onto the lake.

The hovercraft platform bore little resemblance to the types of hovercraft most people are familiar with. It had fans to inflate the skirt it rode on but instead of a big fan at the rear it relied on tractor tyres to move across the mud. The “hovercraft” rig weighted about 45t.
The causeway approach is problematic.

“If you build a causeway, you have to remove it later,” Banner said.

Mining companies are charged by the linear metre of advance for putting in a causeway and on some surfaces that can be a laborious process. It is not unheard of to have several truckloads of soil dumped onto one spot just to get a metre of advance.

These lake walkers seem to provide a simpler answer.

There are 10 of the DRA lake walker rigs in use – eight at Kambalda and another two at Granny Smith.

Mann said he was seeing increased interest from its clients for exploration drilling in lakes and sandy areas.

“Our expertise in this field, combined with the specialised equipment we have developed, has put Ausdrill in a very strong position to deliver drilling programs in what would otherwise be fairly inaccessible locations.”

“Once we’ve set up on site the drill rig and the support vehicles must remain stationary for days or even weeks at a time to complete each hole so it is vitally important they do not sink into the muddy lake surface,” Mann said.

The rig types are spread over air core, reverse circulation and diamond drills.

The air core rigs are KL150  units and the diamond rigs are KL600 units.

Mann said Ausdrill was working on getting the diamond core drills to drill down to 1600m.

While Ausdrill has made real inroads into the concept, it turns out the lake walker approach has been around for many years.

“Because we inherited the Western Mining contract we took over their rig,” he said.

“It’s all come back into vogue since Goldfields found its Invincible deposit on a lake.”

There has been interest in taking the lake walkers out of the goldfields too.

Mann said the company had received an inquiry around this year’s Diggers and Dealers conference from Reward Minerals to drill a potash deposit on Lake Disappointment in the Pilbara.

He said the lake had about one metre of mud on it and the task looked to beyond the capacity of Ausdrill’s existing rigs but it would be going to have a look at it all the same. 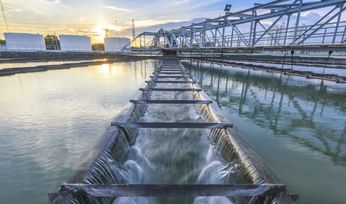 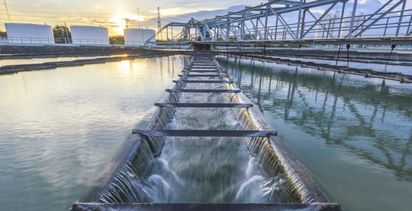