UNDER changes introduced by the Queensland government, opal exploration licences will only be granted for two years, not five, and miners will need to make their findings public. 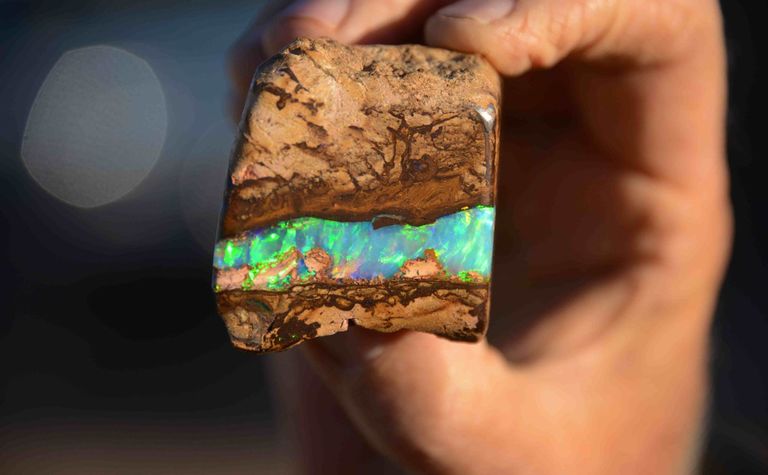 Queensland resources minister Scott Stewart declared opal miners had to give up their excess land and make their discoveries public, to encourage other explorers into the western opal fields.

"These changes mean land will turn over faster for new explorers and, as a result, create more opportunity to grow an important area of Queensland's opal industry and bolster the government's diverse and effective COVID-19 economic recovery plan," Stewart said.

Boulder opal is only found in Queensland and is unique in that the precious gem is hosted in "boulder" iron stone. This differs from white opal found in South Australia, and the black opal fields of New South Wales.

Notably, it is only mined through open-cut mines, not the underground mines associated with the Coober Pedy and Lightning Ridge fields.

Boulder opal mining is a niche in the mining sector and limited to small-scale operations owned by private companies - predominantly family-owned businesses.

However, opal prices domestically and internationally have rocketed in recent years, spurred on by the rise of social media.

Prices have increased further with the closure of Mintabie - a town in South Australia shut down by the SA government over violence and drug running.

Many operators in the Queensland opal fields are selling directly to the retail market through their own websites and promotions on sites such as Instagram.

This has also led to increased tourism over the past few years, although COVID-19 has dampened international arrivals to the fields.

However, the Queensland government has accused some small operators of hogging exploration leases that could be given to other companies to explore and operate in the immediate future.

"By limiting the term of an exploration permit, we are creating a greater opportunity for opal miners to further develop the opal industry in the region," he said.