DRILL rigs and exploration drilling are still in high demand despite a 10% drop in mineral exploration spend over the March quarter. The ABS says exploration declined over the quarter with expenditure down $103 million to $848.7 million.

According to the latest figures from the Australian Bureau of Statistics, exploration declined over the quarter, with mineral exploration expenditure down $103 million to $848.7 million.

Association of Mining and Exploration Companies CEO Warren Pearce said the country's minerals sector had been resilient through COVID-19, however, as borders reopened, workforces and operations had been impacted.

"Despite this, total exploration expenditure is 15.5% higher year-on-year from the March 2021 quarter," he said.

Pearce said while greenfield exploration expenditure reached a record high in 2021 of $1.207 billion, the impact of the Omicron COVID-19 strain hampered the ability to staff operations and access tenements.

"This has stifled the ability to reach those figures thus far in 2022, however, when reviewing the statistics across the whole year, greenfield expenditure has grown by 3.09% and brownfield expenditure by 21.9%, year-on-year," he said.

"Metres drilled this quarter fell by 15.6%, with existing deposits drilling falling by 16% and greenfield drilling by 14.9%."

Pearce said resourcing and weather events had significantly impacted drilling programs across the country this quarter, however, heightened demand for rigs and exploration drilling remained.

State by state, exploration spend was up 11% in New South Wales on the previous quarter and up 3% in South Australia.

However, expenditure was down 25% in the Northern Territory, 13% in Victoria and Western Australia, 9% in Queensland and 7% in Tasmania.

Nationally, iron ore exploration went against the grain, increasing 7% to $139.4 million although this was offset by a 24.9% drop in selected base metals, to $199.1 million.

Gold hunting was also in decline, dropping 7% nationally to $363.5 million.

Pearce said while the sector continued to manage the ongoing challenges of COVID-19 and skills shortages, the commitment to mineral exploration had to remain the focus.

"Our ability to remain the investment destination of choice is paramount, if we are to discover the mines of the future and deliver long-term, wide-ranging benefits to Australia," he said. 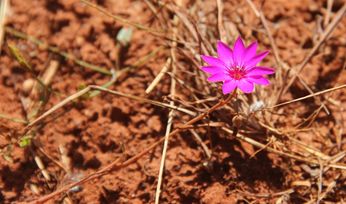